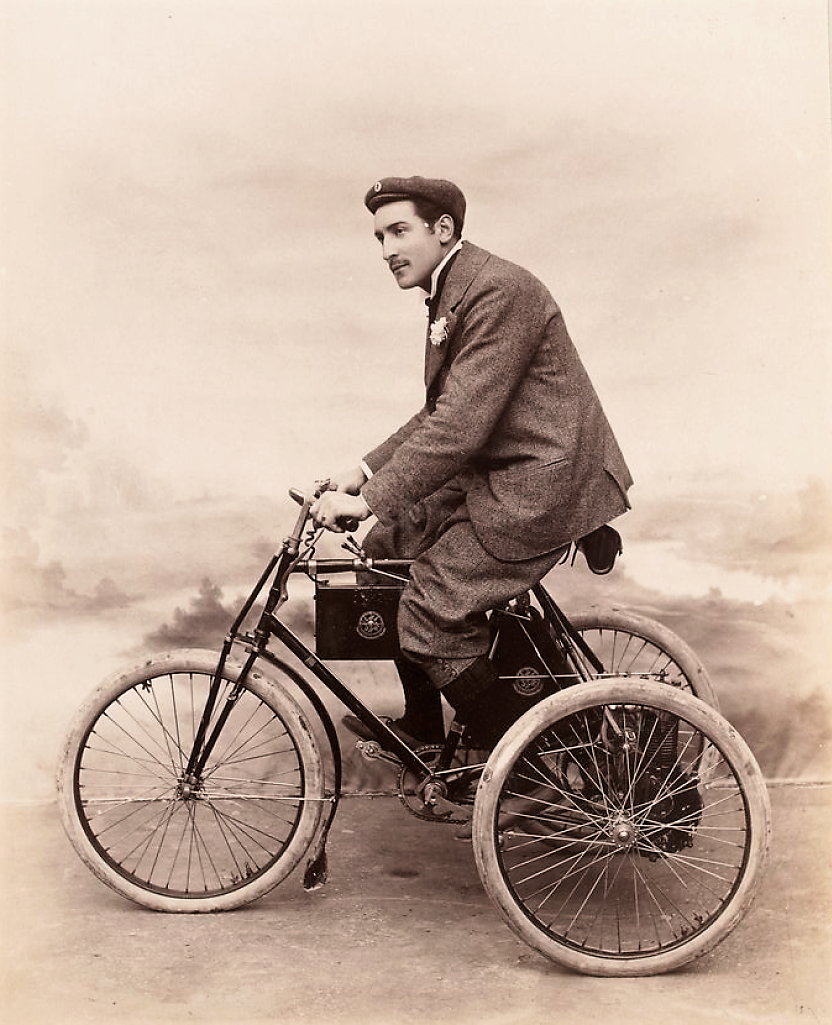 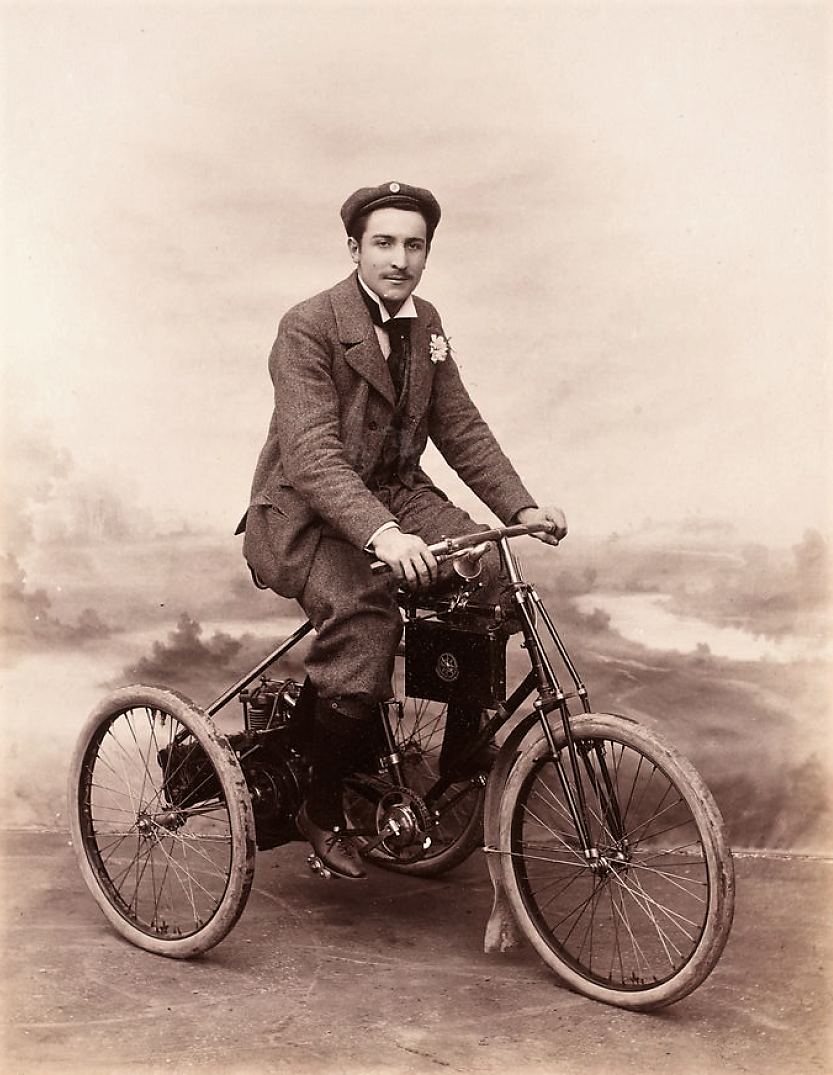 "This tricycle boasted two and three-fourths horse power. At that time horses were so scarce that they were counted by quarters. People of my age surely remember the silhouette of this three wheeled vehicle. The engine blasted merrily away under the rider's saddle. It strained to turn the rear axle through a reduction gear, unprotected by any covering. Lubrication was handled by copious amounts of a mud and grease mixture. No horn was needed, for the racket of the gears could be heard far ahead.

The front of the vehicle resembled any other tricycle, except that each handle was fully provided with small levers controlling cables and rods. Each of them was supposed to play an important part in the transmission of the rider's commands to the various parts of the mechanism. One wondered, terrified, while standing on solid ground, what hand would be free to grasp the handle bar. But once in the saddle, reassurance came, for the excessive pretensions of most of the levers was obvious.

Because of my motorcycle exploits and my knowledge of automobile mechanics, C. Sim gave the machine to me for a trial run. My first contact with it lacked cordiality. Having mounted it without too much apprehension, it started up with the first push on the pedal. I was not used to such docility from my motorcycle; with it there had been plenty of time for reflection. But as driving a tricycle is as different from a bicycle as piloting an airplane is from a car, I immediately bumped into a wall, even though I had taken the precaution to perform in the large courtyard of the factory, before the admiring eyes of forty workers gathered for the occasion.

Although things did not turn out too badly, I was rather annoyed and postponed the trial until the next morning, without witnesses, of course. The minor damage repaired by our shop's blacksmith, I decided to subjugate my beast on the steepest hill that it could climb at a jog-trot speed. I also learned that on a curve one had to make a graceful contortion by leaning as far as possible to the outside while steering the handle bar with the finger tips. The damned outside wheel had a powerful tendency to rise at the slightest turn and my 158 pounds were barely enough to hold it down.

But this machine had at least one quality, quite rare for this period, it ran. It could go nearly thirty miles per hour, which was really something.

Ultimately, I was to drive rather fast cars on the road and at Montlhéry, but none gave me the thrill of this bounding, rattling, and to tell the truth, rather smelly machine.”

The De Dion-Bouton was the best motorized tricycle of its day, which lasted into the early years of the twentieth century." 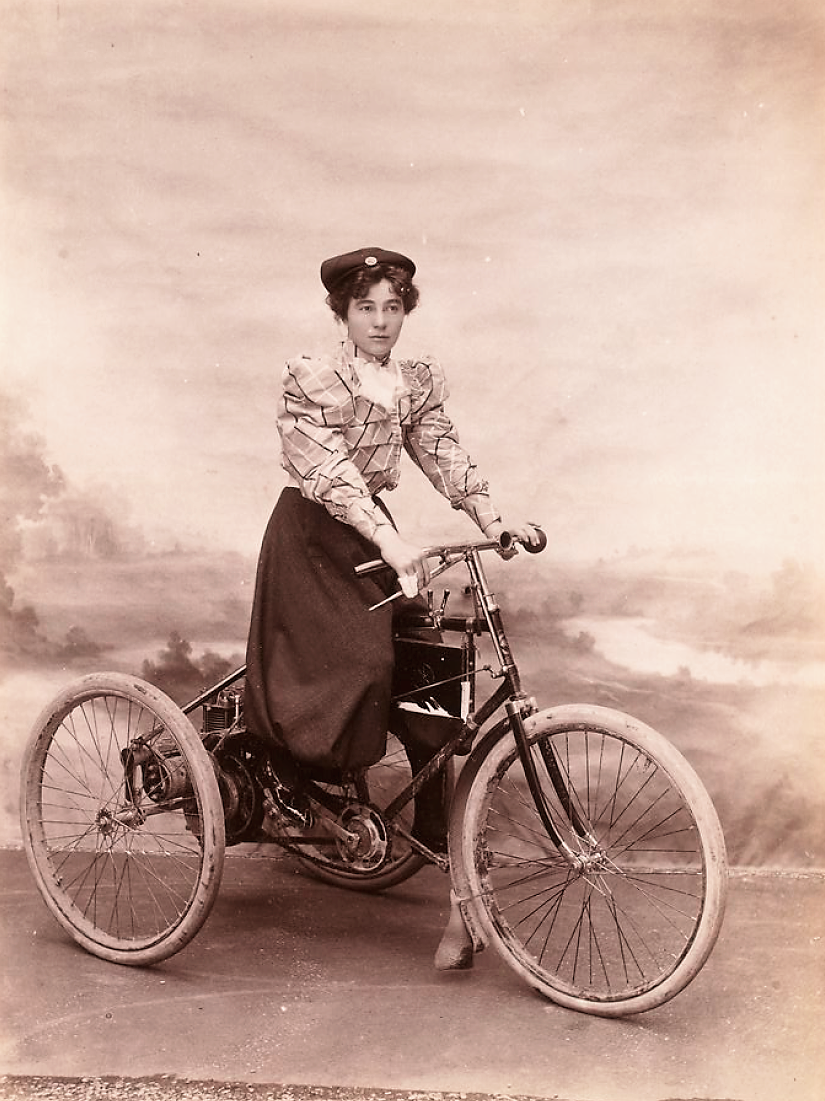 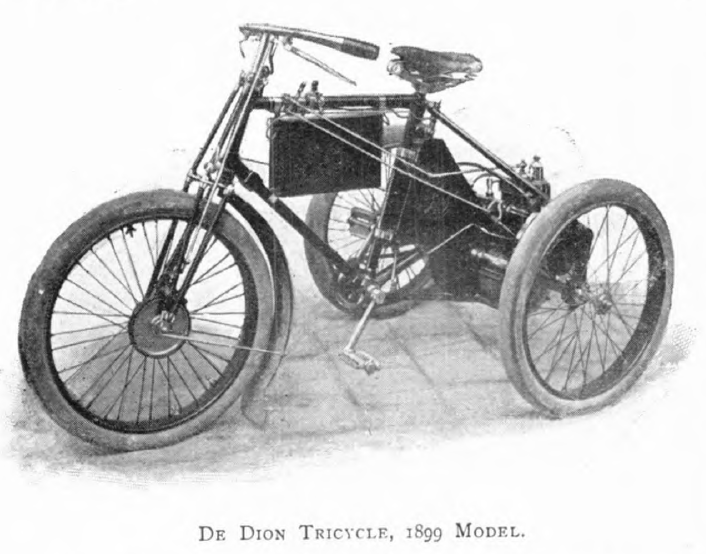