Charles Jarrott (26 March 1877 – 4 January 1944) was an English racing car driver and businessman. Jarrott raced from 1900 to 1904, winning the 1902 Circuit des Ardennes race and competing in the 1903 and 1904 Gordon Bennett Cup races. He was the chair of the Motor Cycling Club’s Annual Dinner at the Trocadero on Saturday 12 December 1913. He co-founded a car import firm in 1902 and was a founder member of the Automobile Association (the AA), serving as chairman in 1922.

Being a participant in many races, he wrote the book “Ten years of motors and motor racing”, 1906, in which he shared his experience on the tricycle of Dion-Bouton. 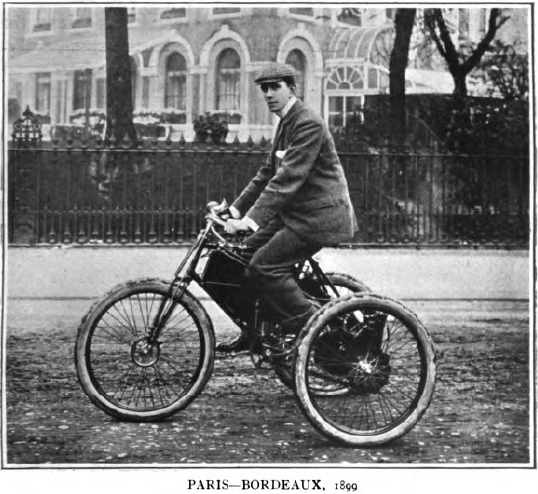 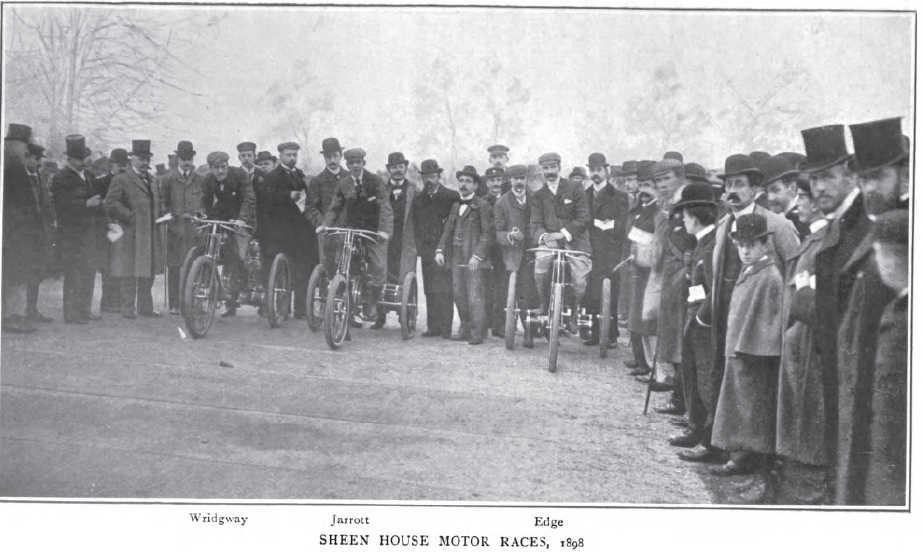 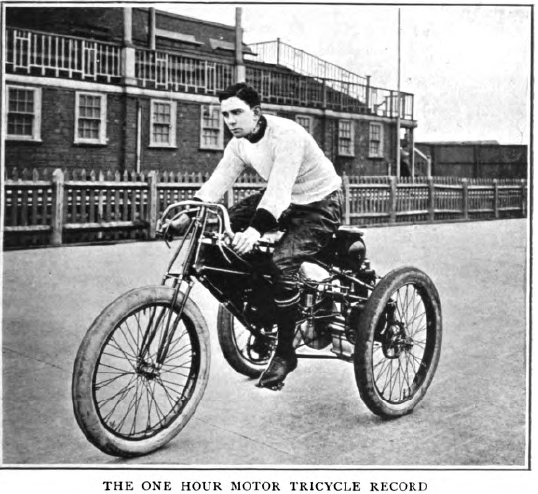 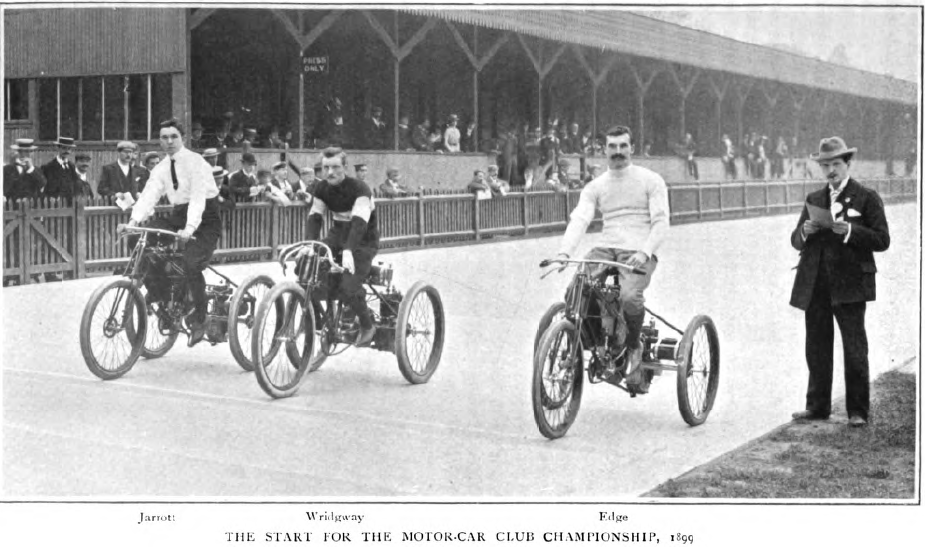 “The Count de Dion had previously spent much money and conducted many experiments in an attempt to make a motor tricycle propelled by steam, and when the petrol motor became an accomplished possibility, he, with the aid of Monsieur Bouton, was successful in fitting a little petrol air-cooled motor to a tricycle in a very practical form. It is also interesting to note that Messrs. De Dion-Bouton also succeeded in adapting electrical ignition to their motors, thus making the machine much safer to ride and less liable to accident from fire, as compared with the platinum tubes used for ignition purposes by other makers. I once asked the Count de Dion why his firm had not devoted their attention to the manufacture of motor bicycles instead of motor tricycles, and in reply he informed me that they considered the motor bicycle was unsafe in the hands of the ordinary user, and that a three-wheeler could be ridden with much less danger and less effort. At the same time, Messrs. De Dion-Bouton did build a few motor bicycles which were very neat little machines and quite practical.

The first machines made by Messrs. De Dion-Bouton were fitted with h. p. motors, and it was on one of these, in 1896, that I had my first experience. I do not remember anything worth relating in connection with my first ride. It was a very simple machine to manage, and after the first little intricacies of regulation of gas taps and sparking lever had been mastered, was quite easily controllable. Very soon afterwards Messrs. De Dion-Bouton were making machines a little more powerful, and later on still more powerful motors were adopted.

It was on a 1 3/4 HP machine that I began to travel really long distances. One thing I soon found out, that instead of motor cycling being a lazy occupation, it was, on the contrary, one which required great activity and much muscular exertion. I discovered that 1 h. p. was of little use in propelling the machine and rider up a fairly steep hill, and the vigorous pedaling was required to assist the propelling effort of the motor. Messrs. De Dion-Bouton had wisely fixed a very low pedaling gear in order to render easy the effort of starting the machine and the motor, which were coupled direct together. This was, of course, an excellent idea for starting purposes, but when it came to pedaling uphill, I found that a thirty-inch gear required considerable agility to work, and although the effort per revolution of the pedals was slight, the energy required to keep the machine running at the rate of fifteen miles an hour up a steep hill usually left one at the end of the performance quite exhausted. A two-speed pedaling gear would have been useful, but such a luxury had not then been worked out to any practical issue.

The pedaling gear was fitted with a free-wheel, but that was not altogether a joy, because one of my most unhappy early experiences occurred through the free-wheel mechanism going wrong, necessitating my pedaling all the time to prevent it becoming locked and thus stopping the machine. It would not have been so bad if the locking had merely had the effect of making the pedals go round, but I found that unless I kept pedaling, the whole free-wheel arrangement jammed upon the frame and stopped the motor and tricycle altogether. My troubles were eventually made lighter by the chain breaking which connected the free-wheel ratchet and pedaling gear to the back axle of the machine, thus relieving me from the necessity of pedaling, but at the same time leaving me in the difficult position of not knowing how to start the machine except by pushing it, running alongside, turning on the switch, and endeavoring to scramble into the saddle. My first attempt at this resulted in the machine tipping up and my falling on to the back of my head, with the machine on top of me.

Of course the motor tricycles with motors of small horsepower were easy to ride, handle, and control, and they were reasonably light in weight, thus making it possible, when one did have a breakdown, to pedal the derelict some considerable distance before being absolutely exhausted. As larger motors came into use and the weight increased, breakdowns became more difficult to deal with, usually resulting in one having to obtain outside assistance to push the machine along to the nearest railway station if the case was hopeless.

Although these motor tricycles were fairly satisfactory, their lightness of construction and delicacy of mechanism rendered them liable to leave one stranded high and dry at the most inopportune moment. The electrical ignition device employed, although giving delightful results when it was in order, nevertheless had many faults, and was usually the most fruitful source of trouble. The manufacture of the parts of this ignition had not reached the high standard of excellence that obtains at the present day, and defects in manufacture were obviously not things one could remedy on the road.