“One of the latest inventions which has placed the De Dion tricycle within the bounds of every household is the small “Didier” carriage, attached behind the tricycle by an ingenious patented method, and this is then drawn like a horse-drawn vehicle, and will seat two persons besides the rider on the tricycle. No one thought that a motor tricycle of only one and a quarter horse-power would be capable of drawing anything more than its rider, but theory has been advanced by practice, and this small ” Didier” carriage has become the rage in Paris, for dozens can now be seen in the Bois de Boulogne carrying fair Parisienne’s children or babies. Undoubtedly, this will be the success for 1898.

The advantage of this motor tricycle carriage arrangement is that the small carriage can be detached in a few seconds, and the tricycle can be ridden separately. If you have a sister, wife, or sweetheart to take for a ride, the carriage can be attached immediately, and away you can drive up hill and down dale under the glory of a clear autumn sky, skimming smoothly over the fallen leaves to the musical clang of your little motor.” 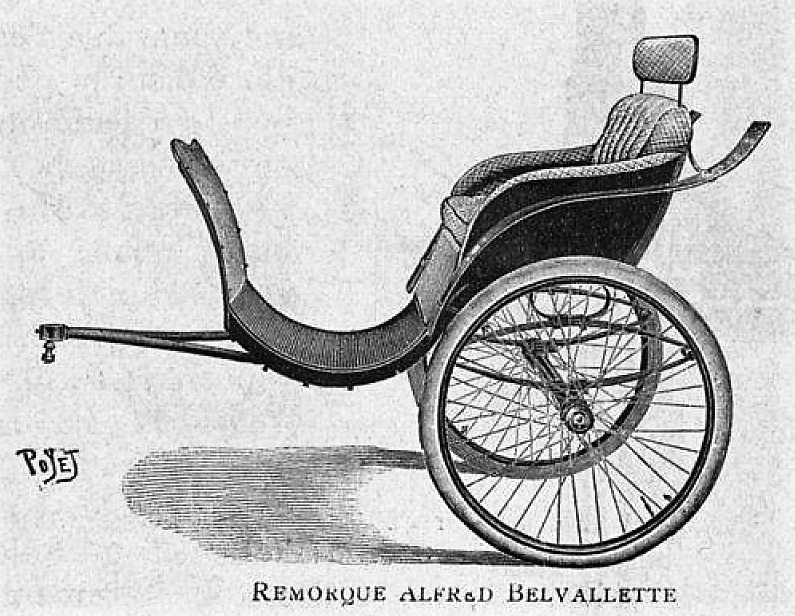