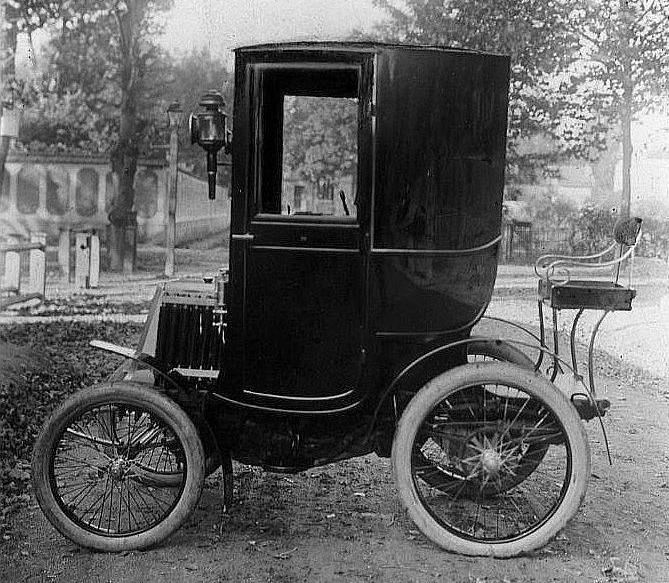 The Type C was introduced in 1900 and manufactured alongside the Type B. The existing chassis layout was retained, but now the 450cc single-cylinder engine was water-cooled and more powerful, being rated at 3CV as opposed to the air-cooled engine's 2CV. Rather than place the engine's cooling radiator at the front of the car like rival manufacturers, Renault chose to fit two separate radiators, one either side of the bonnet. Power was transmitted to the rear wheels via a three-speed gearbox and bevel-drive back axle, while retardation was achieved by means of a brake on the transmission and drum brakes at the rear. When fitted with the usual open two-seater body, the Type C weighed 450kg (990lb) and had a top speed of around 30km/h (18.6mph). 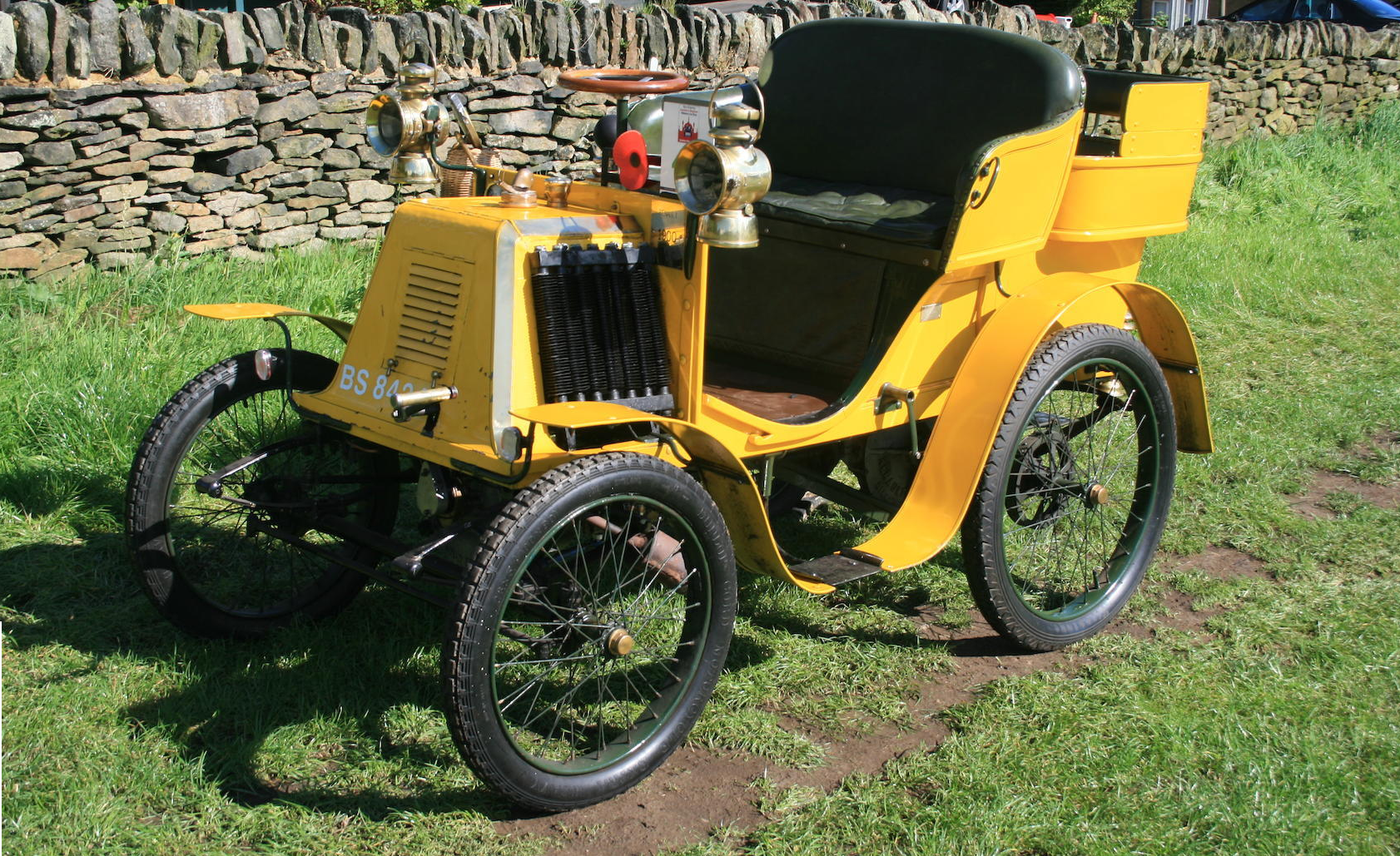 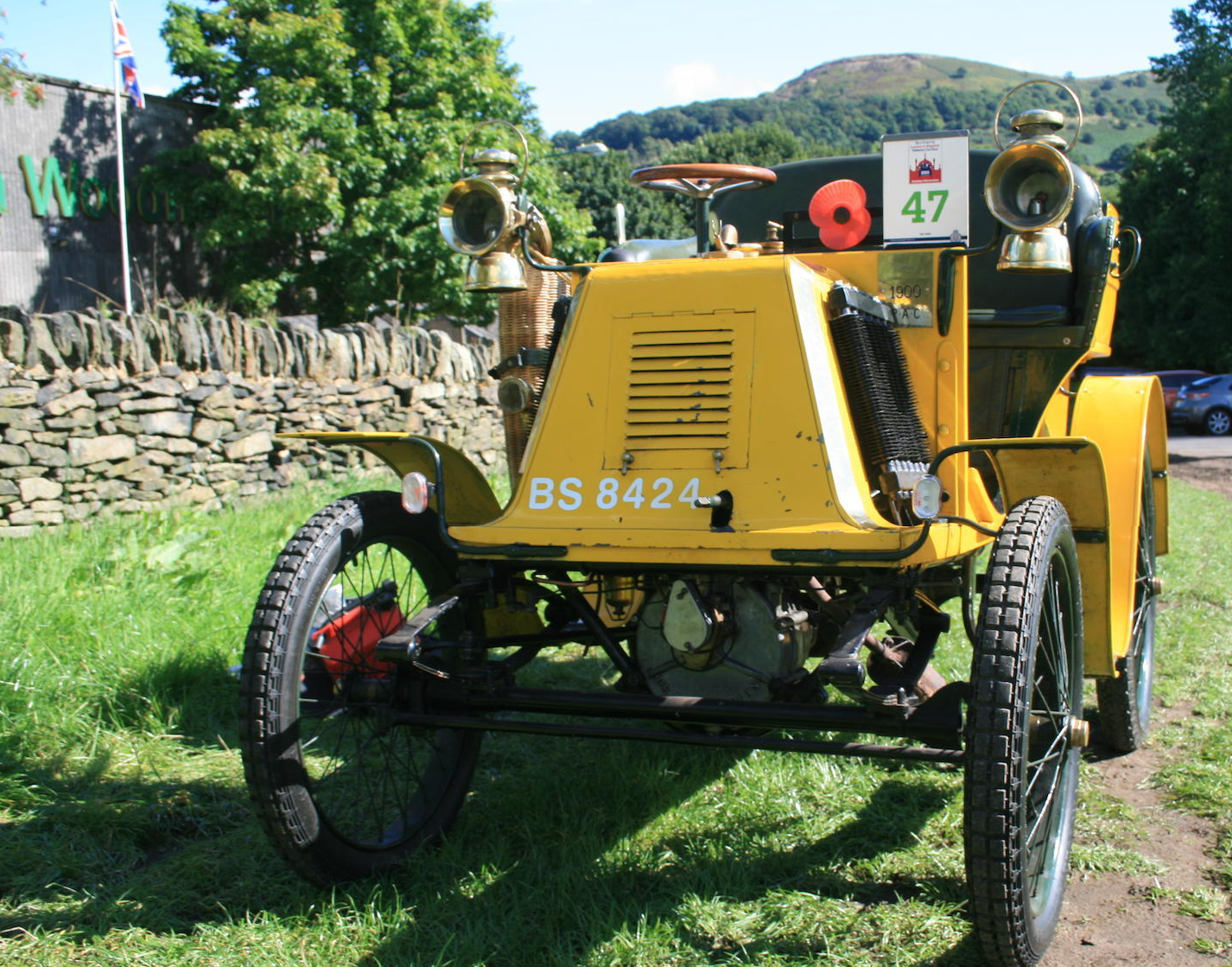 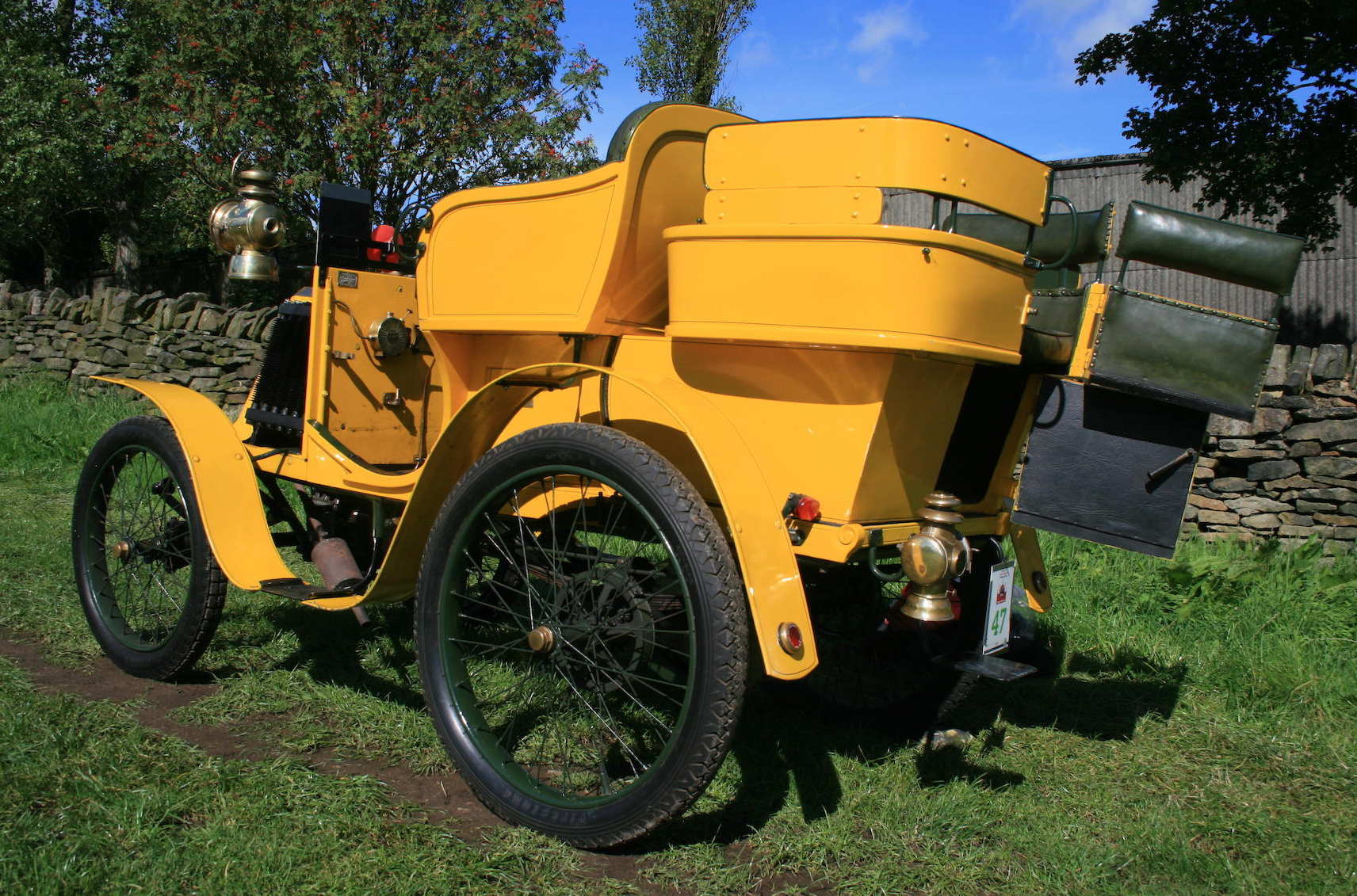 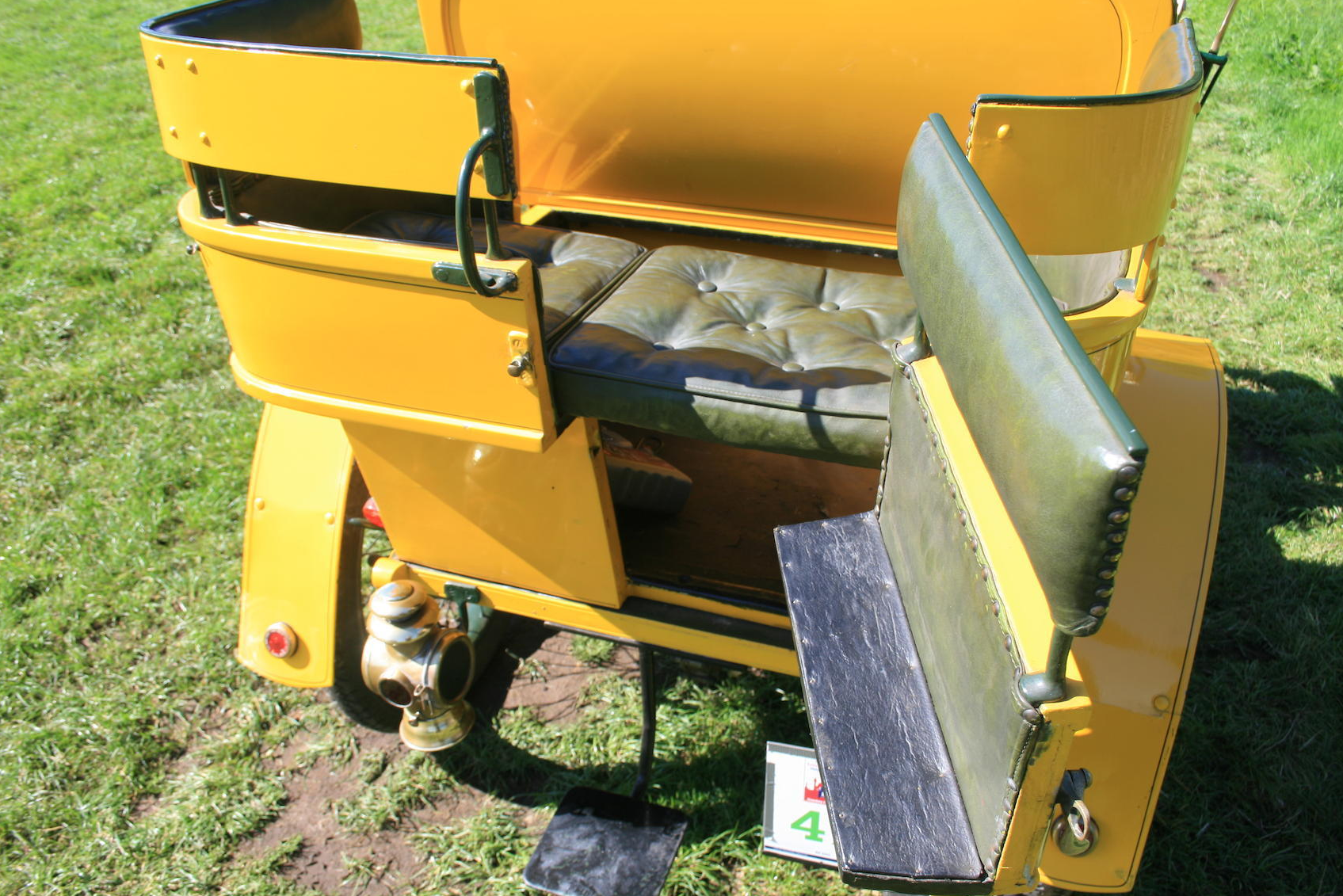