This car retains its original rear-mounted 1,026cc (72x126mm) Daimler v-twin engine with hot-tube ignition, driving through a double cone clutch to a four-speeds-and-reverse 'gearbox'. It has its original Peugeot spray carburettor, with the engine speed being controlled by a governor. The engine was made by Panhard-Levassor under licence from the German Daimler Company. According to Peugeot factory records, this car was commissioned on 25th June 1893. The Panhard-Levassor factory records confirm this 2½hp Daimler engine, number '257', was delivered to Peugeot at Valentigney, Franche-Comte in eastern France on 20th December 1893, and was fitted to this chassis, number '164'. Believed built in 1894 and sold the following year, this car was originally bought by the aforesaid Monsieur Dubois. Extracts from both manufacturers' factory records are in the history file. (Bonhams) 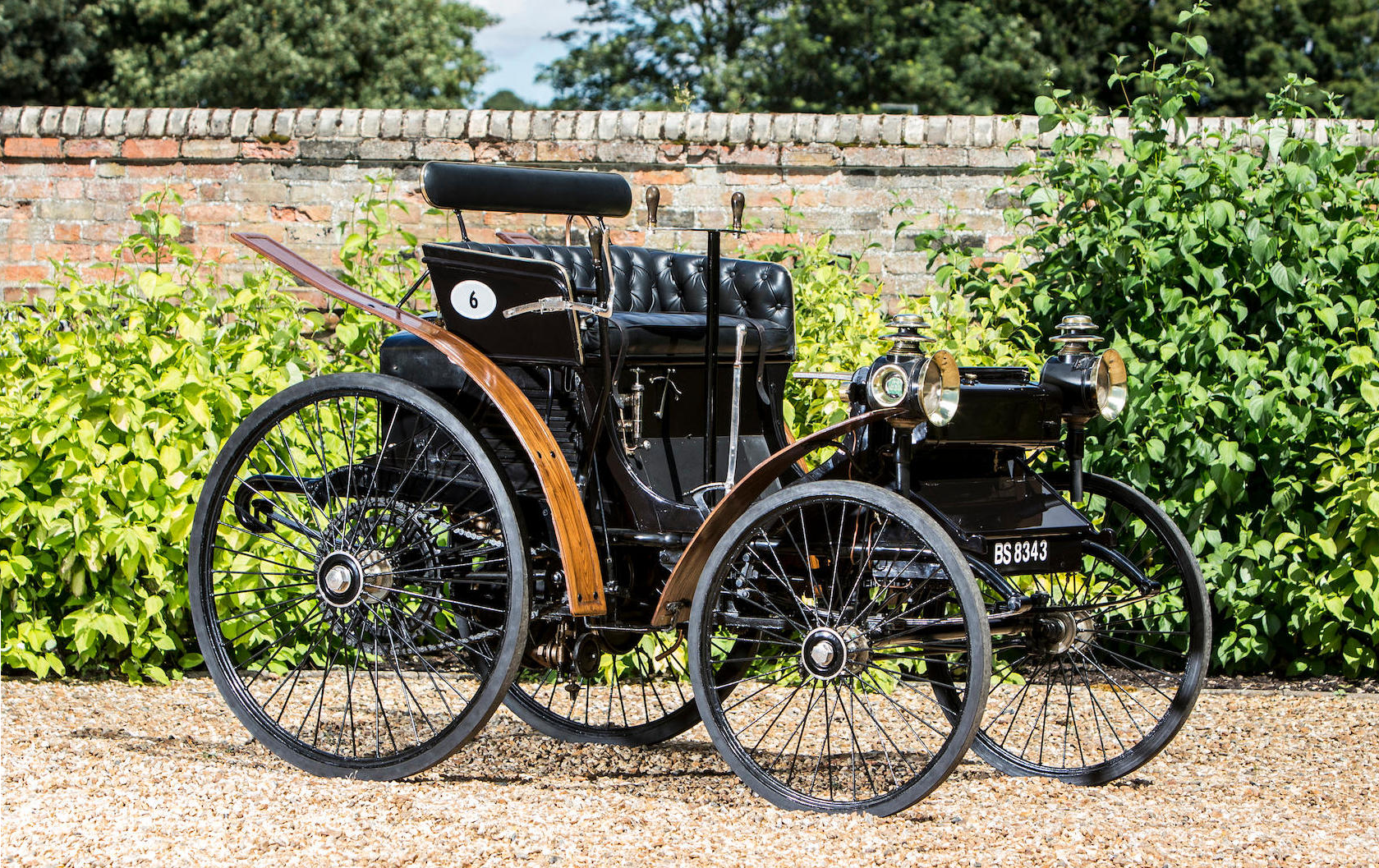 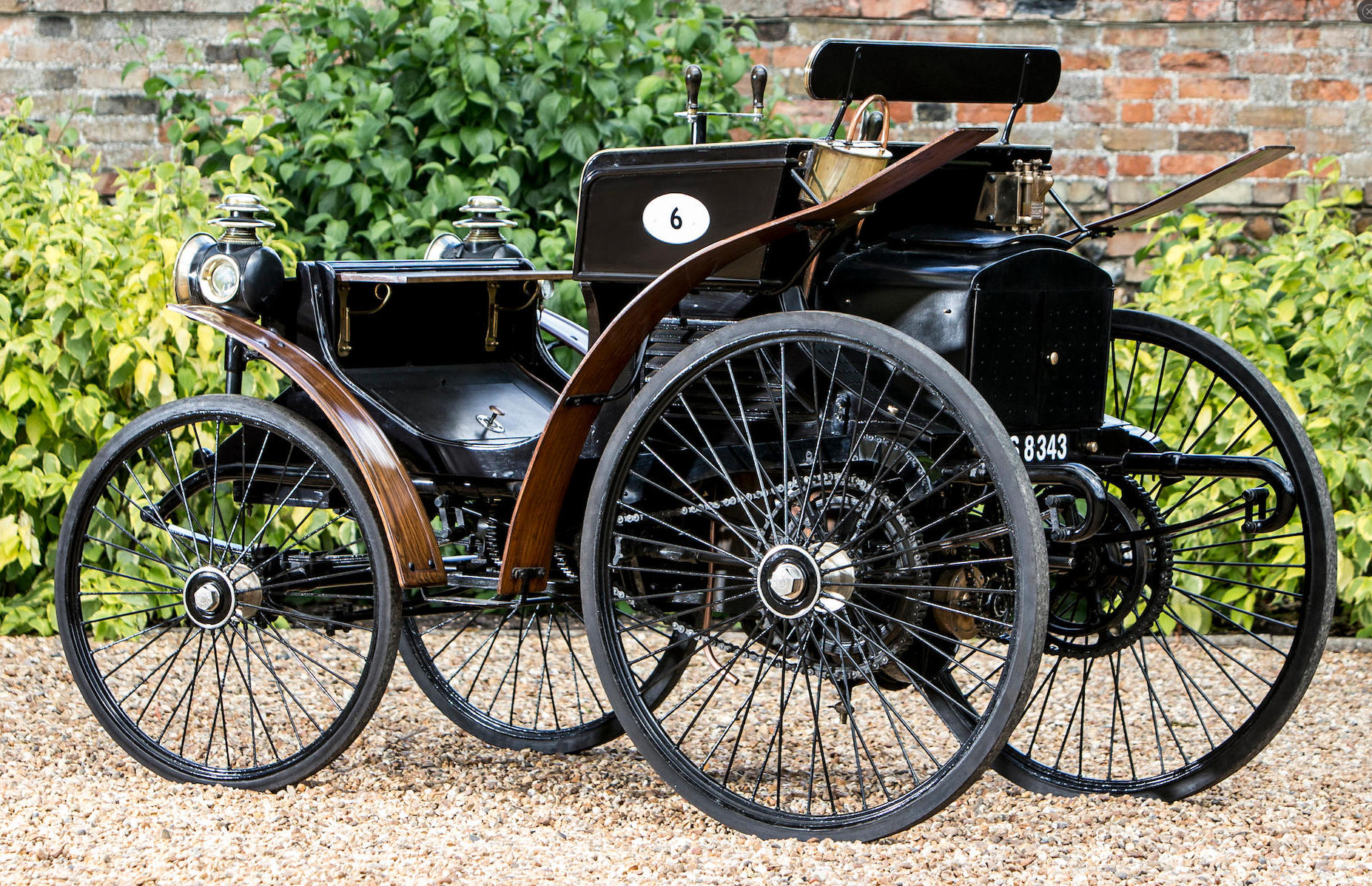 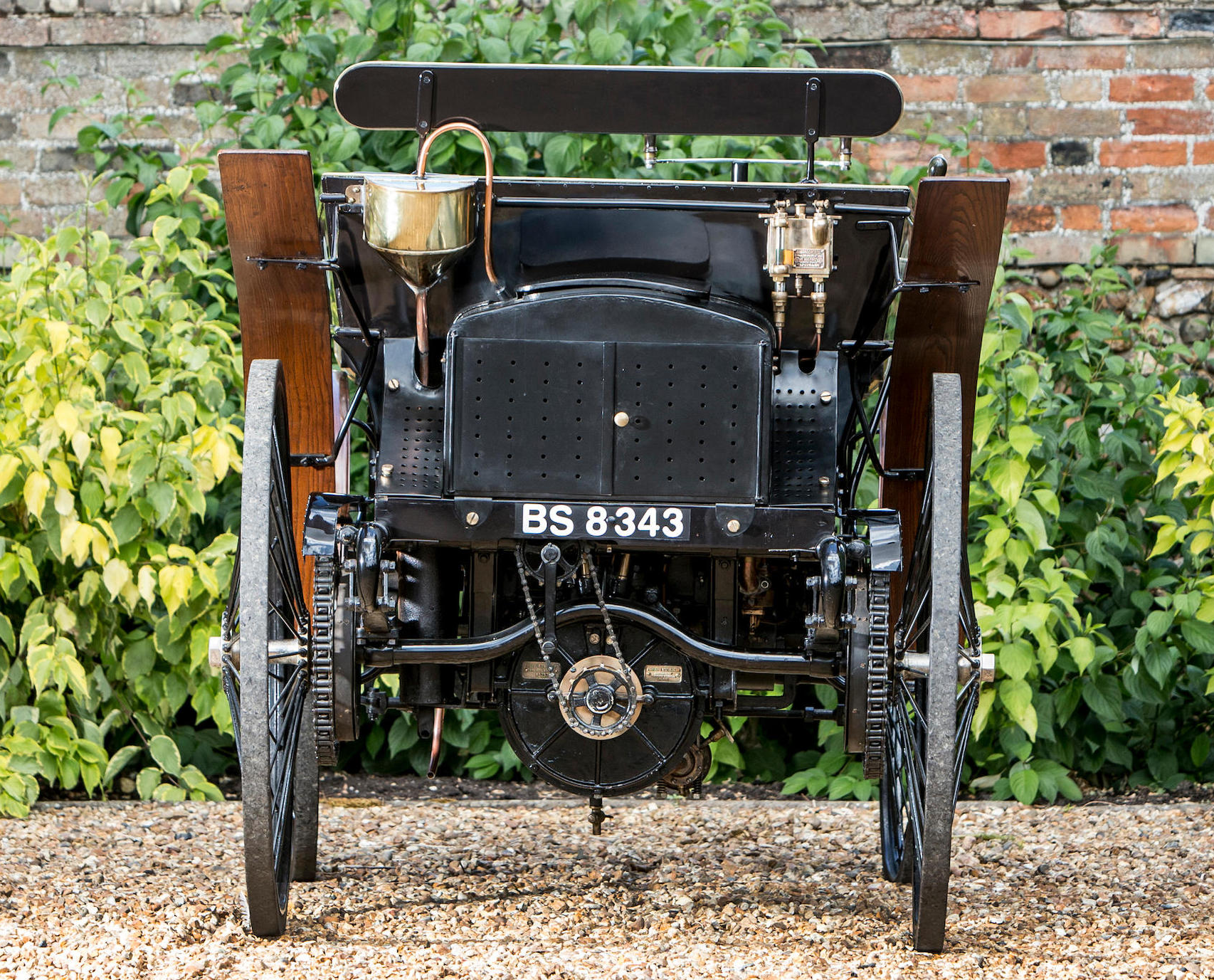 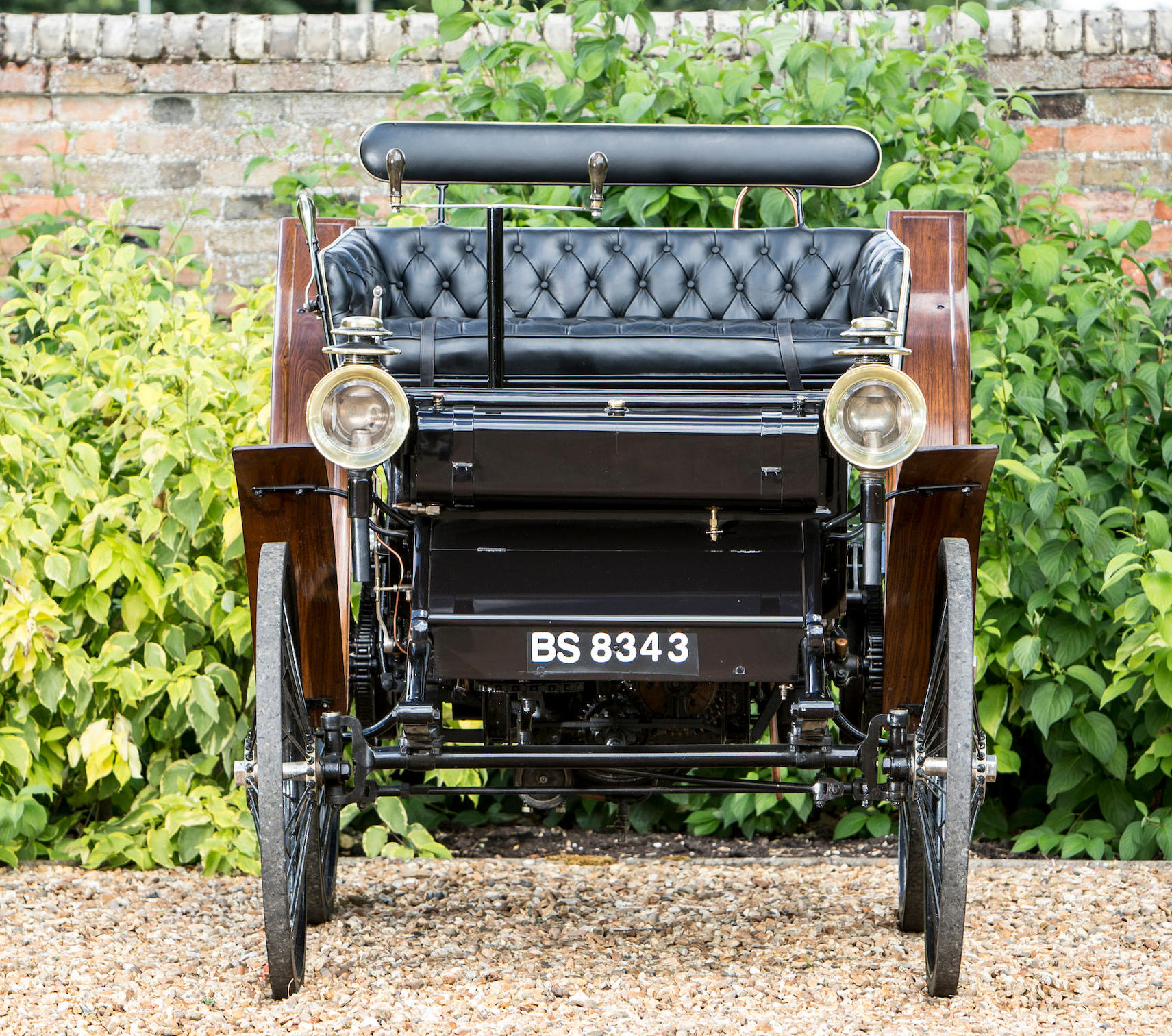 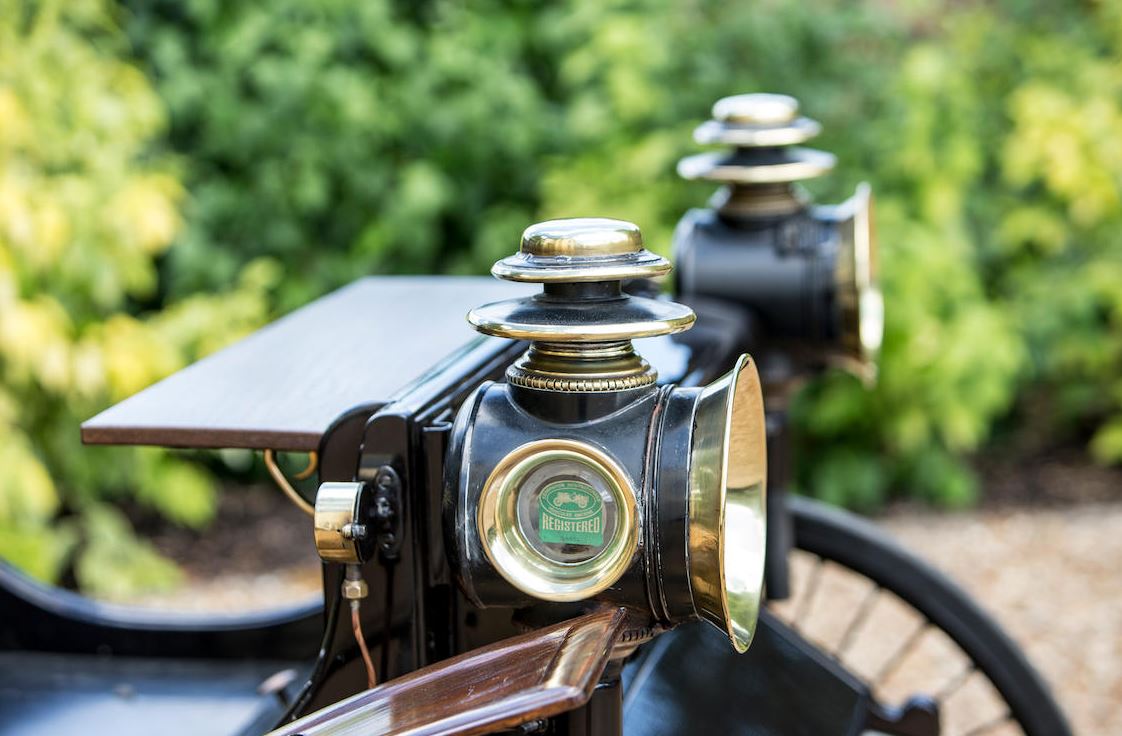 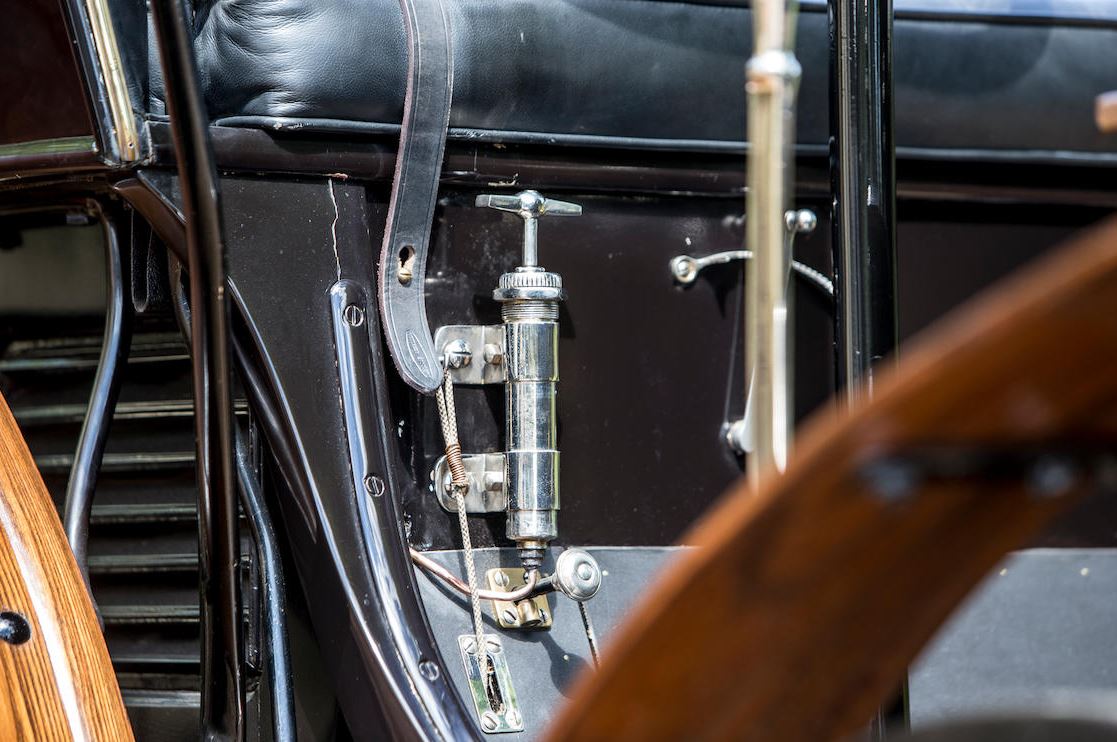 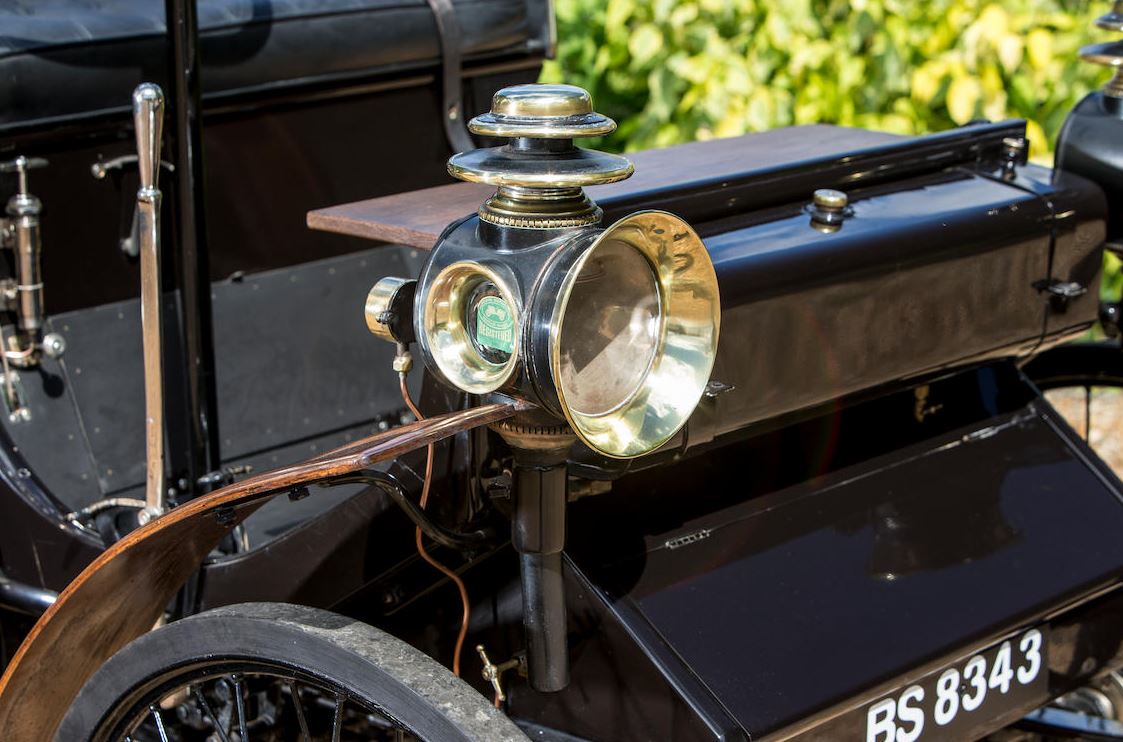 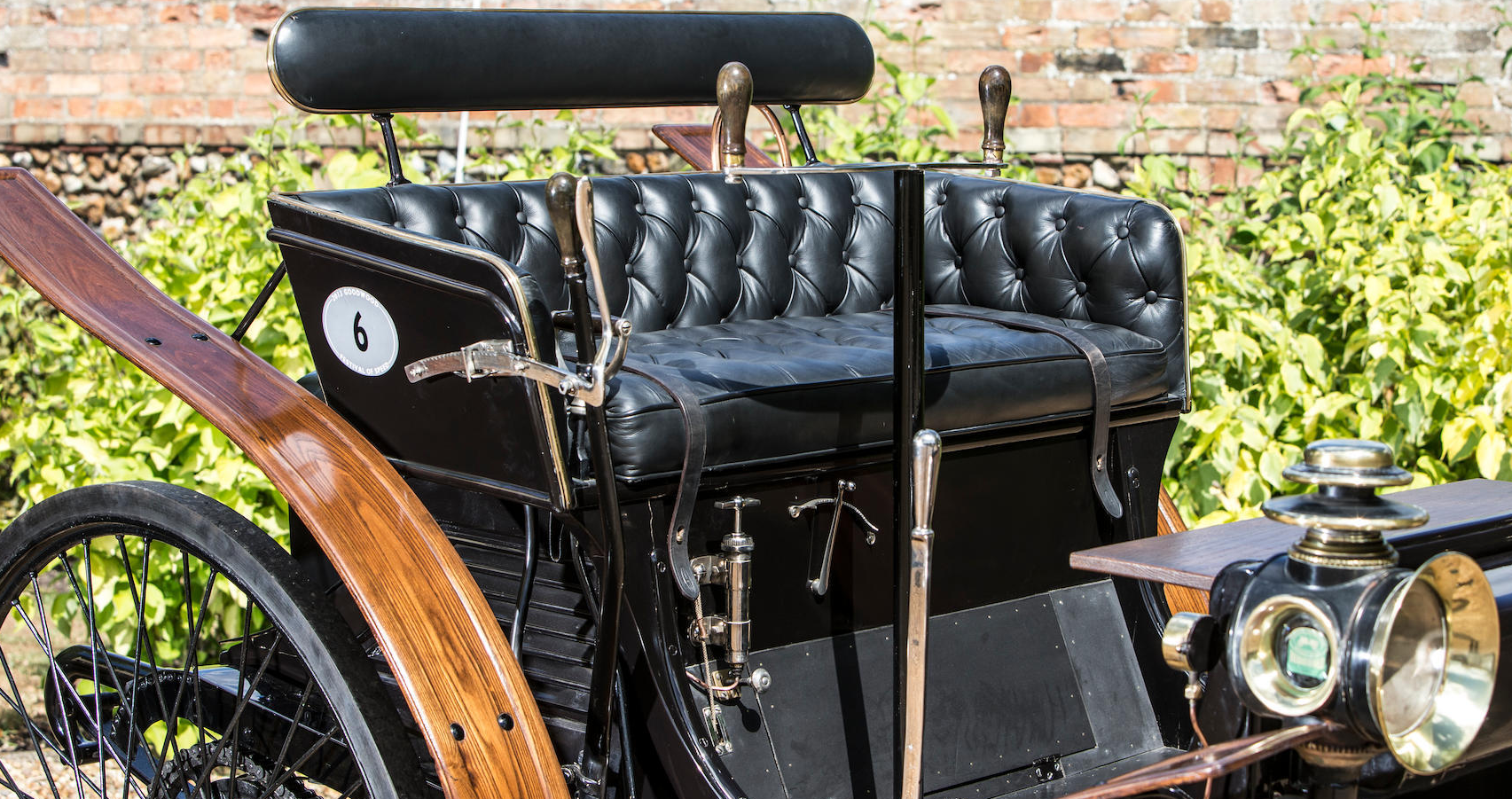 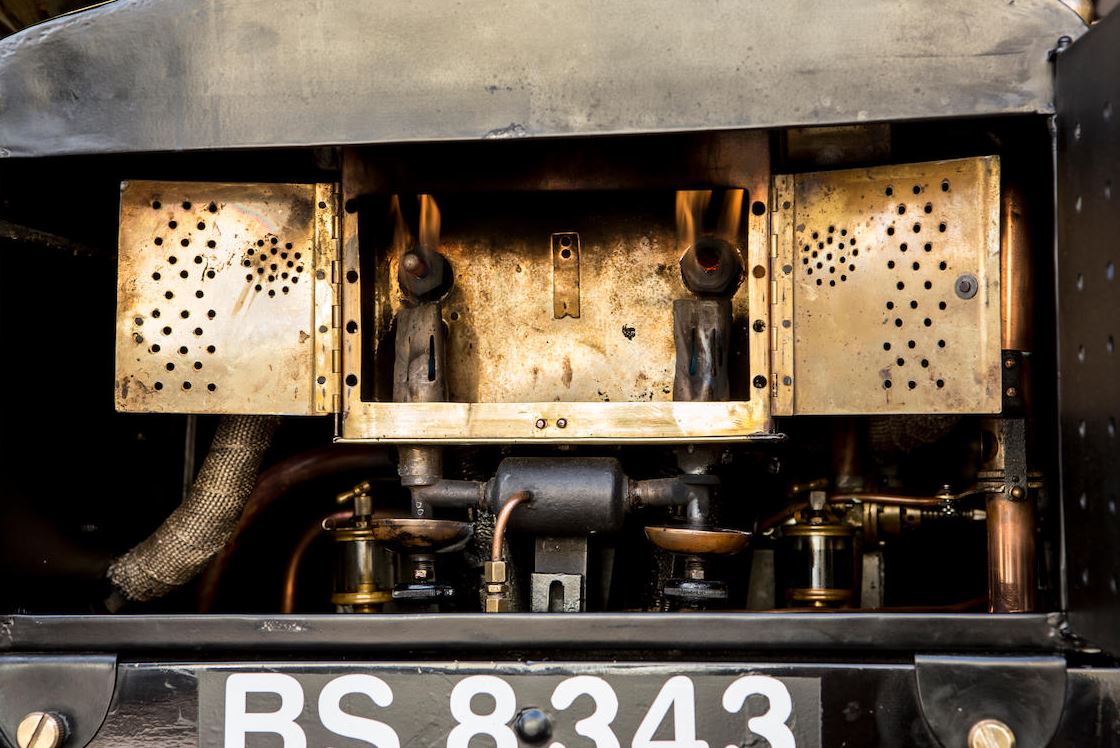 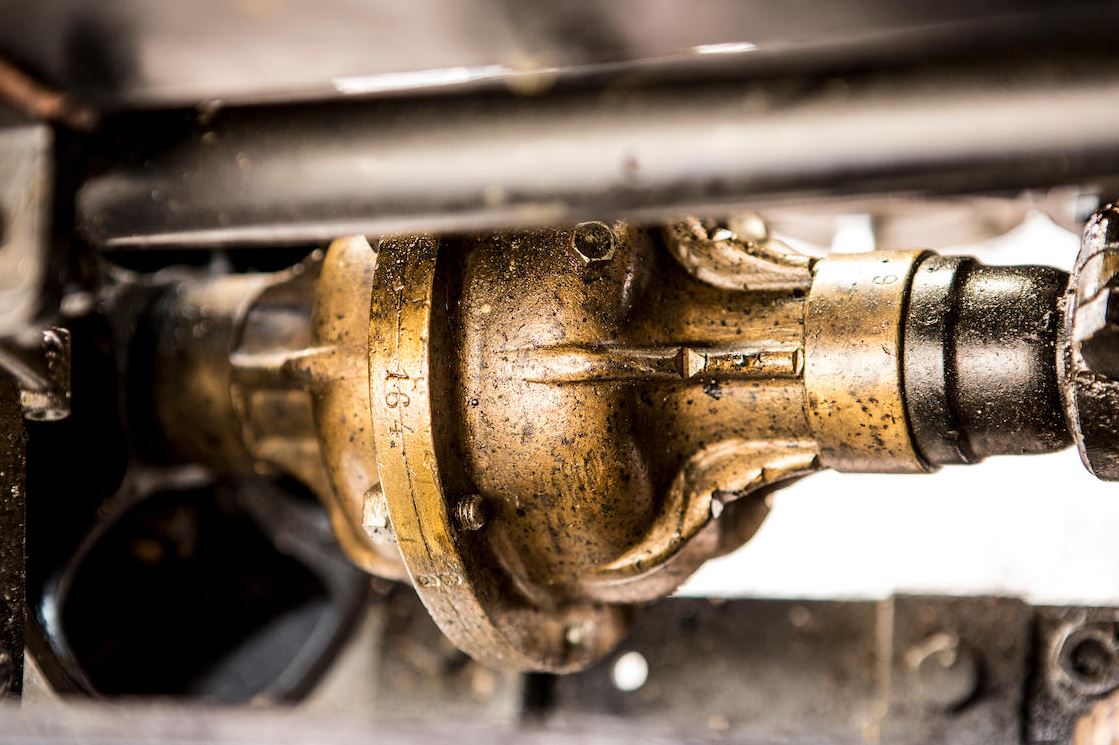 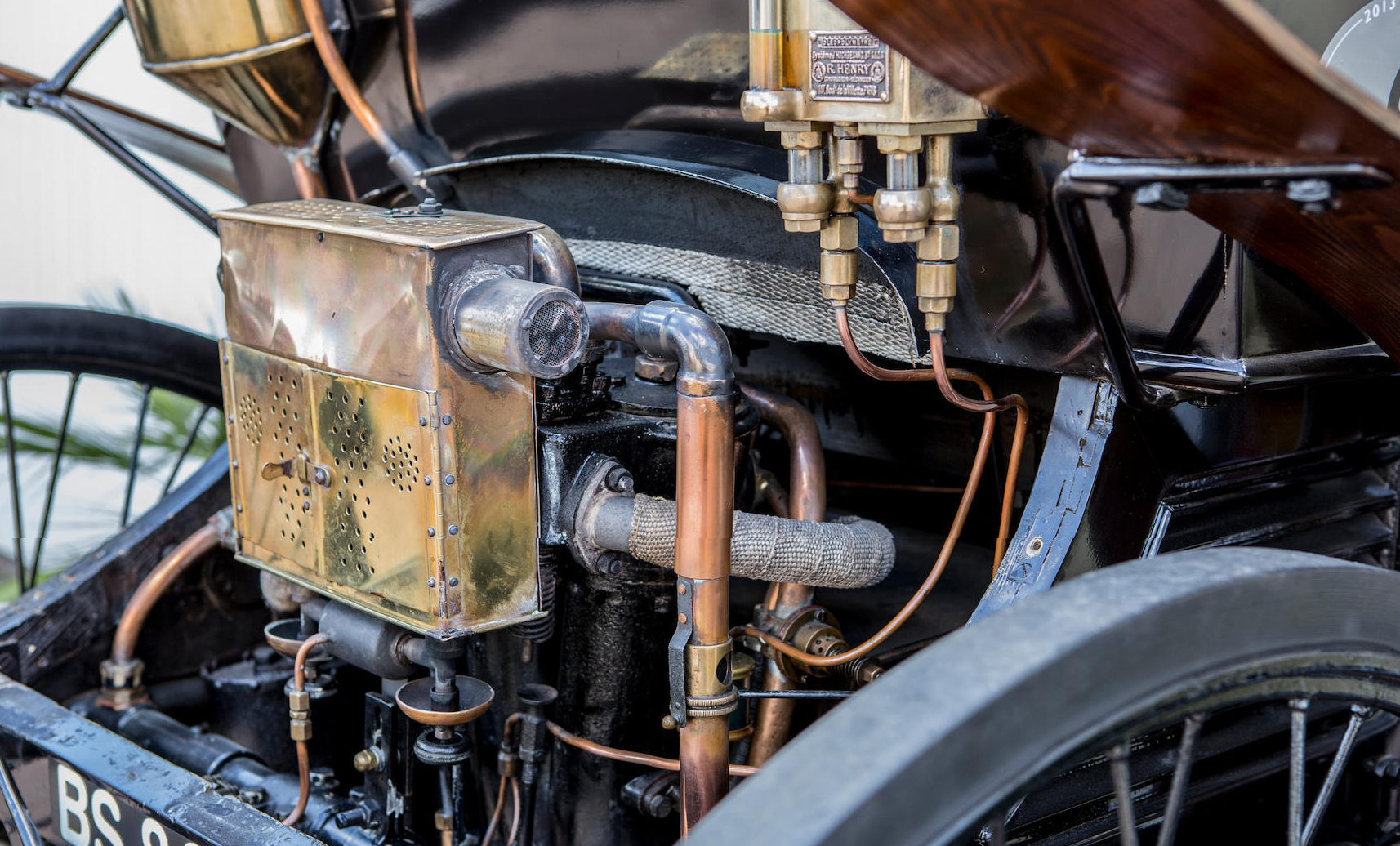 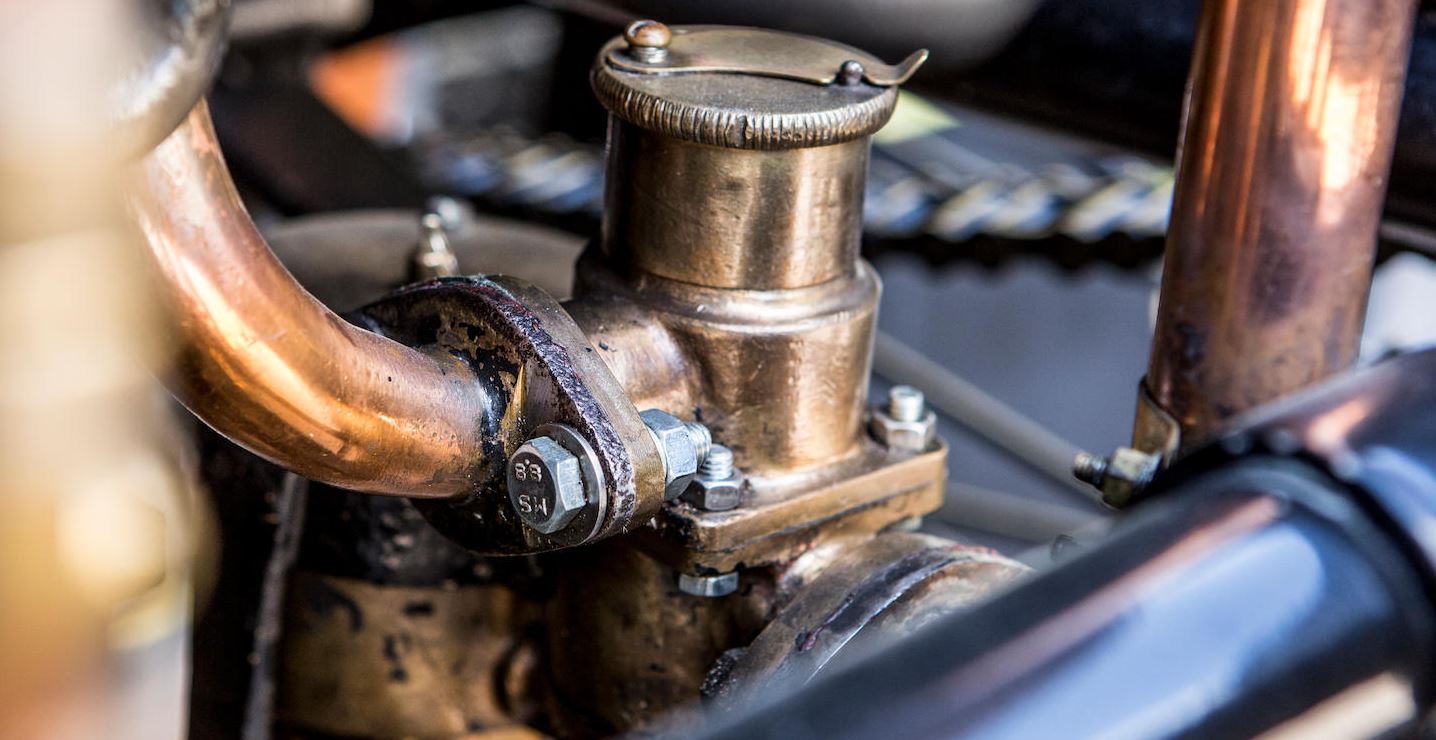 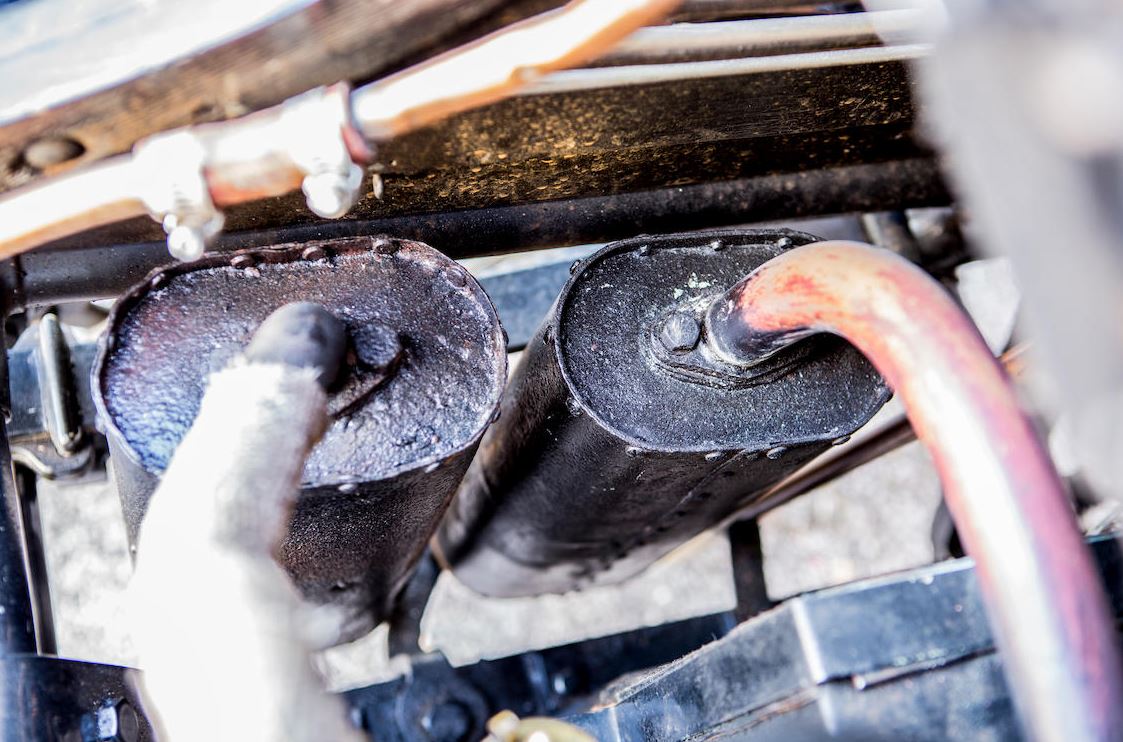 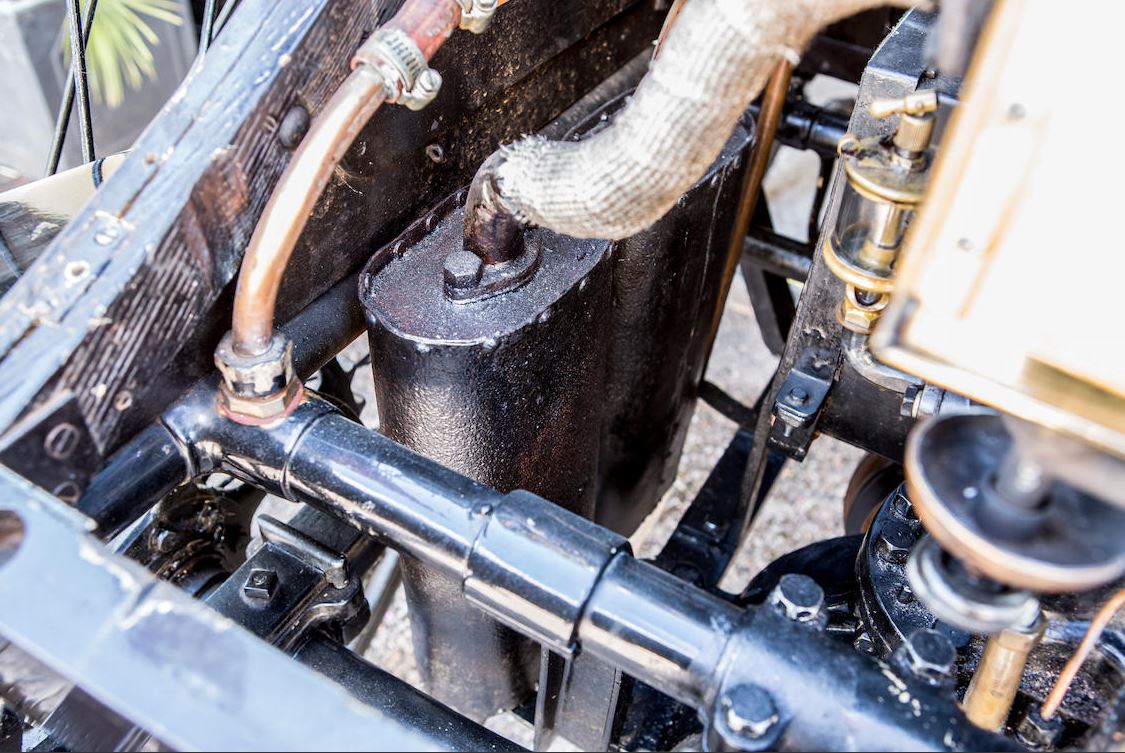 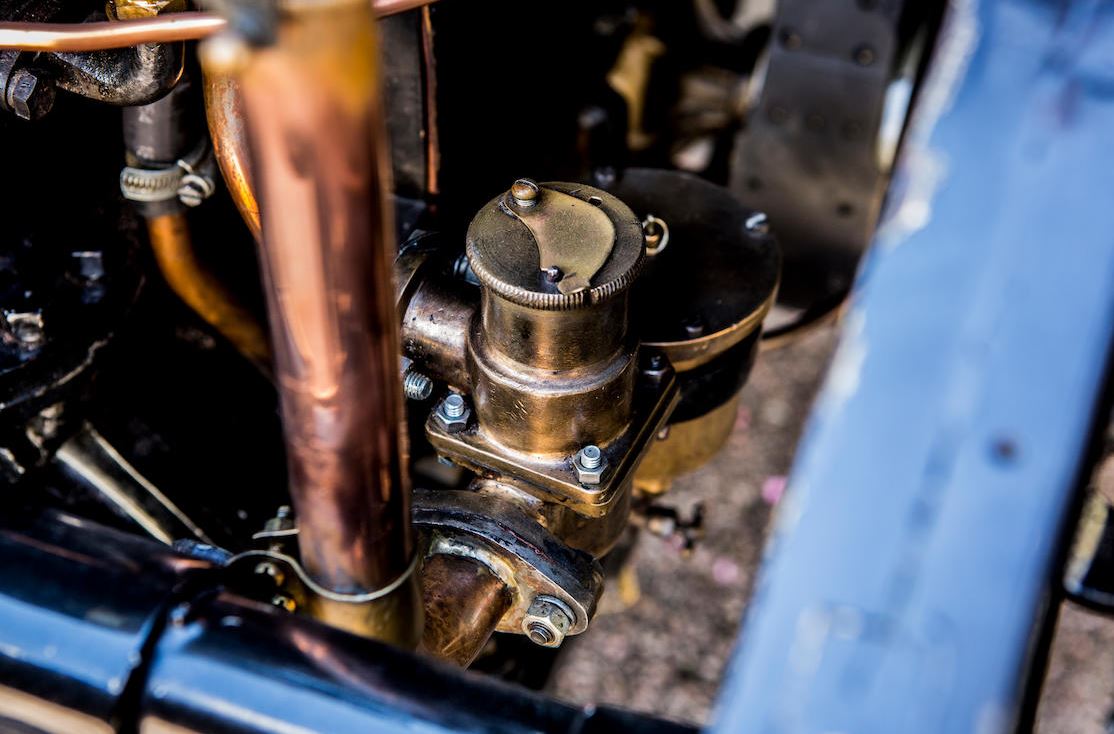 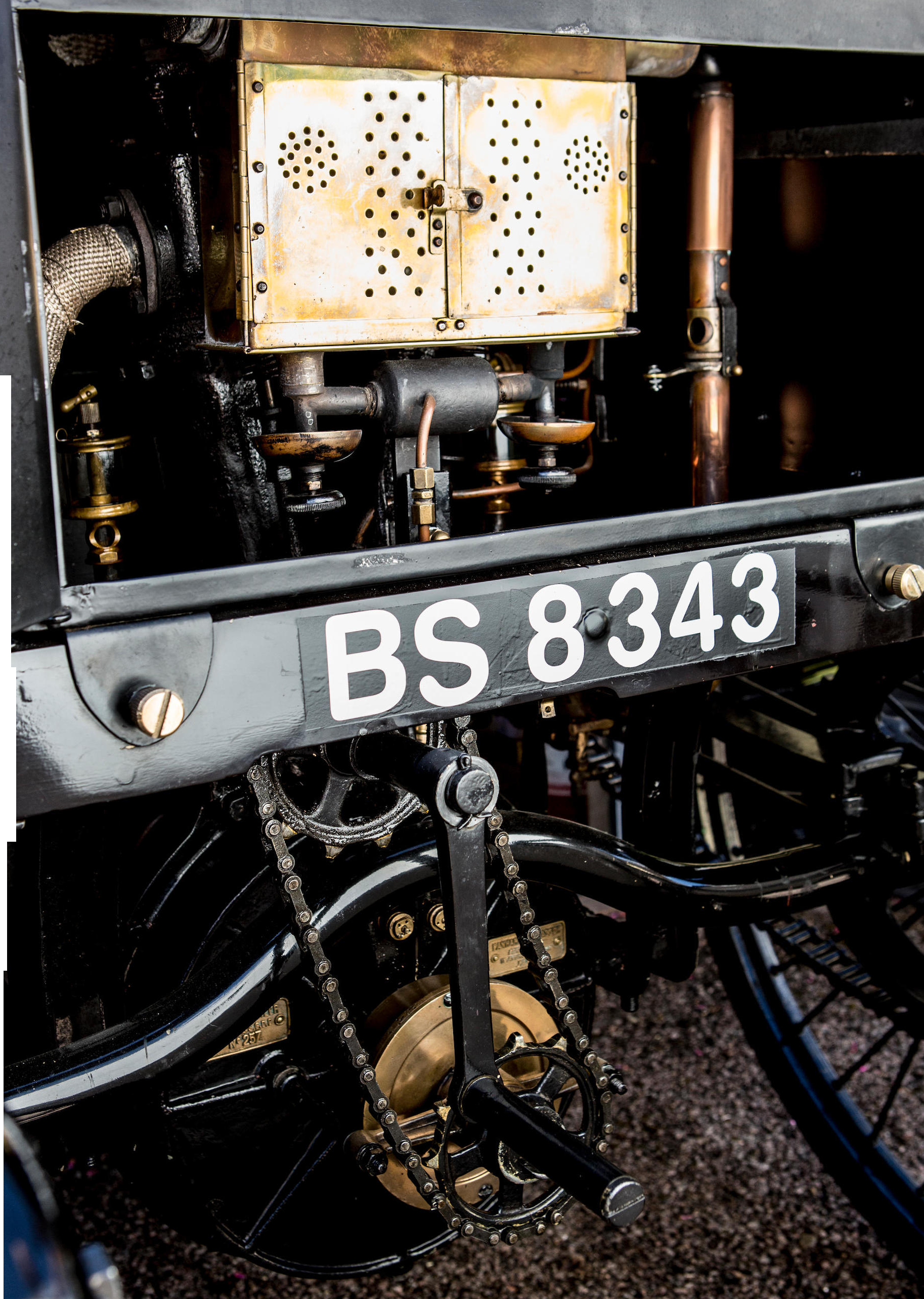 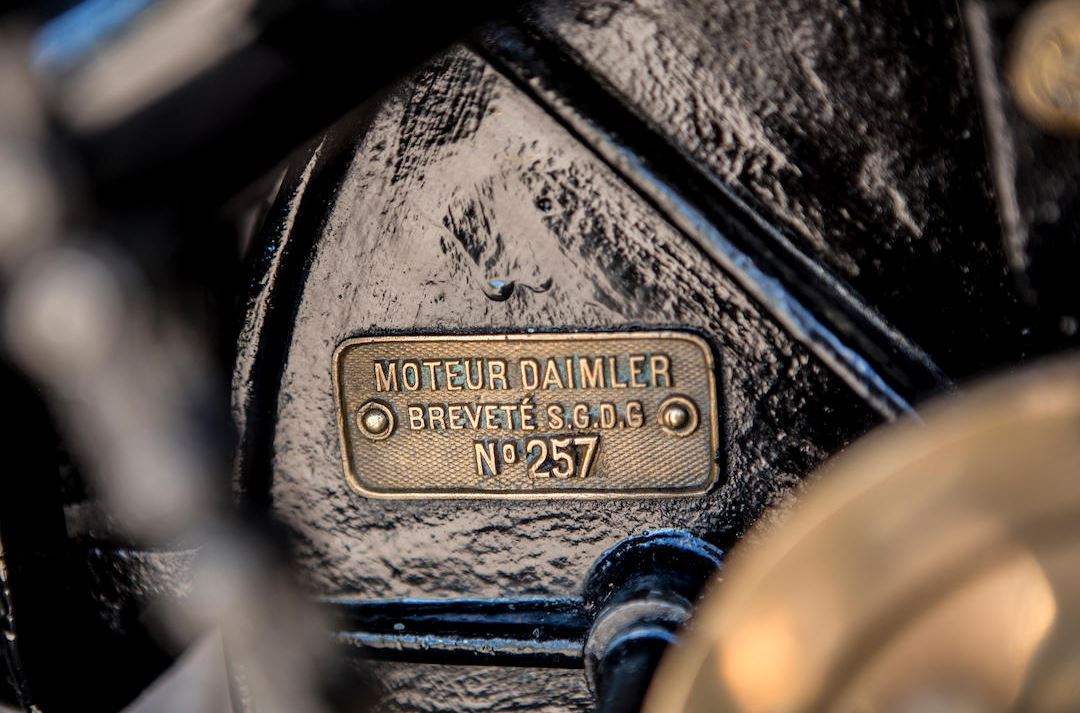