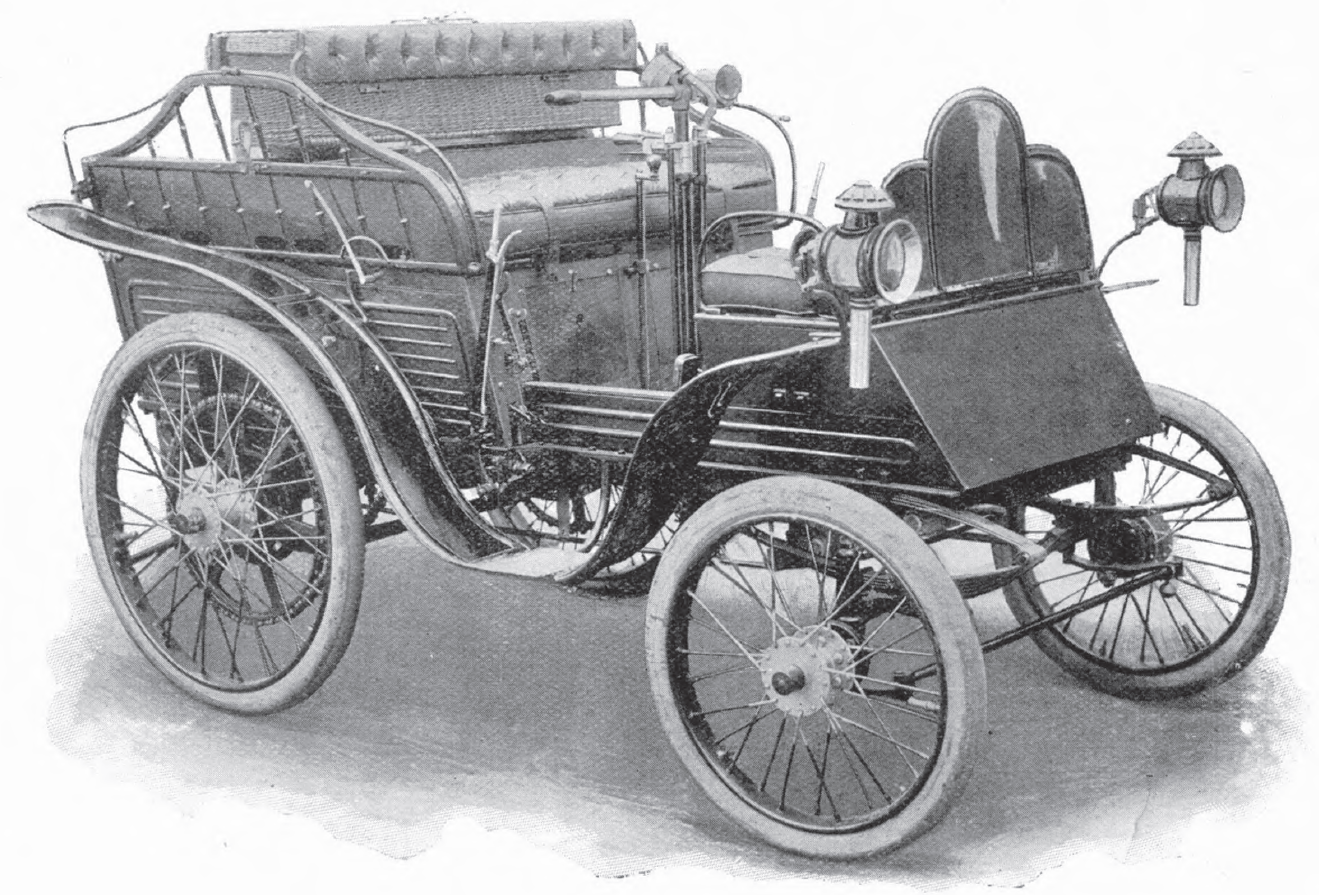 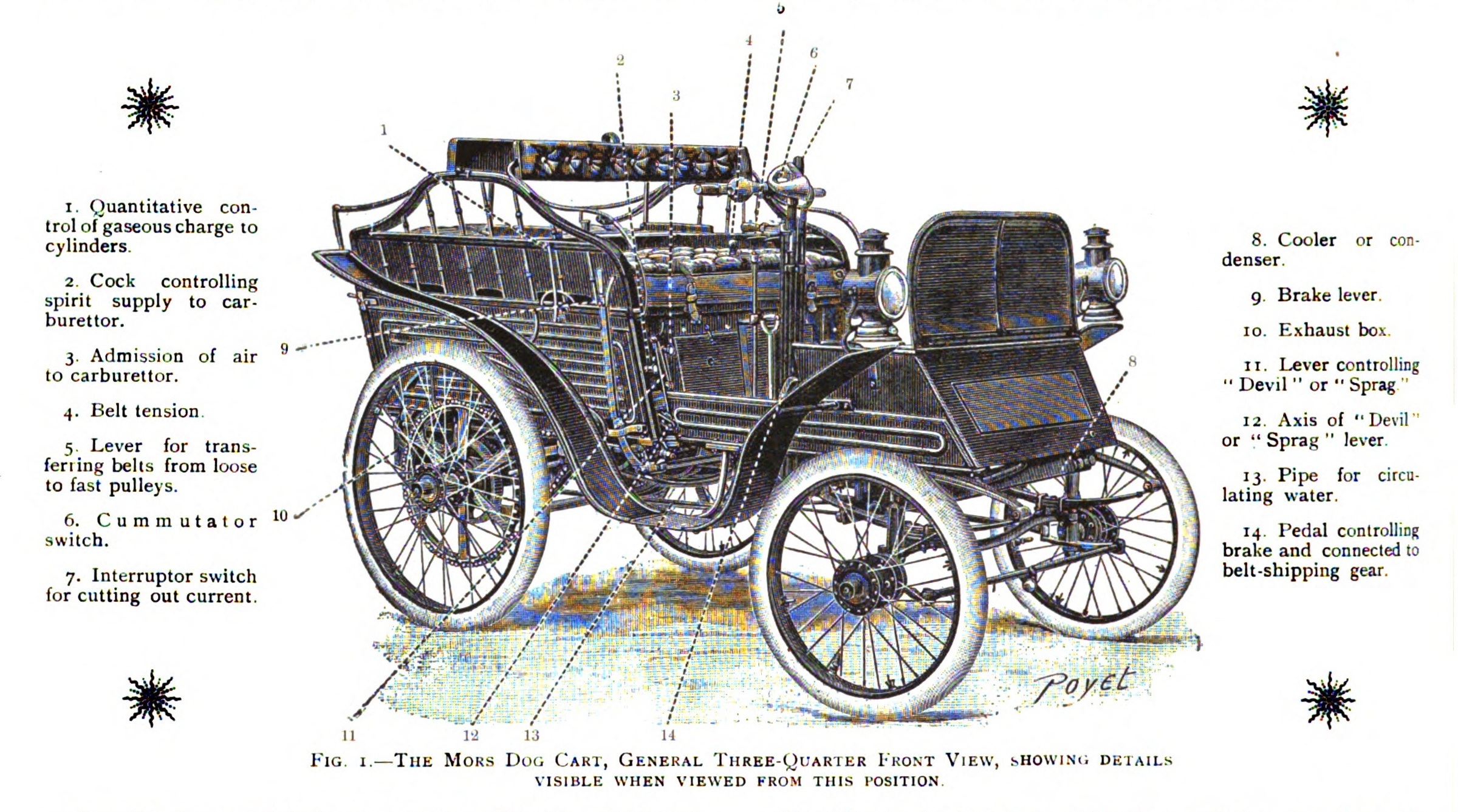 One of the most conscientious French engineers endeavoring to produce a perfect motor-vehicle is M. Emile Mors, of 48, Rue du Théatre, Paris. In a recent interview with the representative of The Engineer he gave some interesting particulars of his latest type, which we illustrate, as being of value to workers for an ideal car in this country. M. Mors's present carriage is fitted with a water reservoir under the forepart of the carriage, the water circulating through a coil of ribbed cooling pipes.

The motor is composed of four cylinders inclined in pairs at an angle of 45 degrees, the pistons working on a single crank. 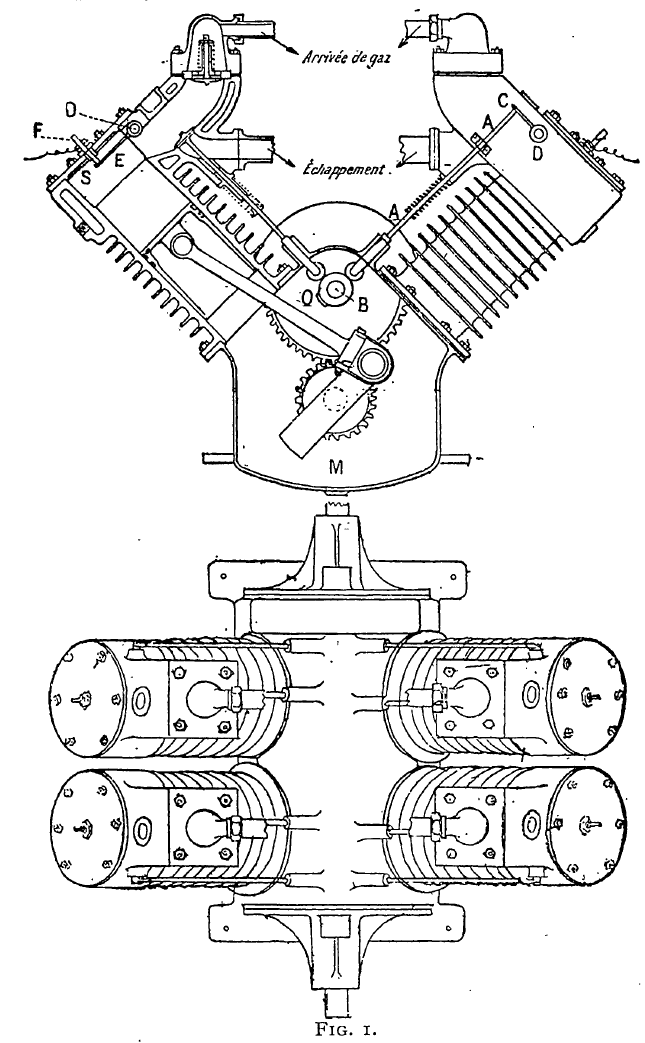 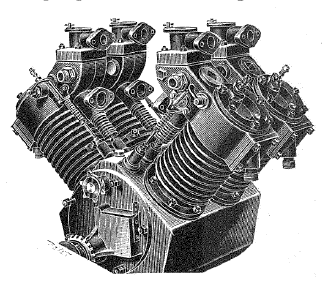 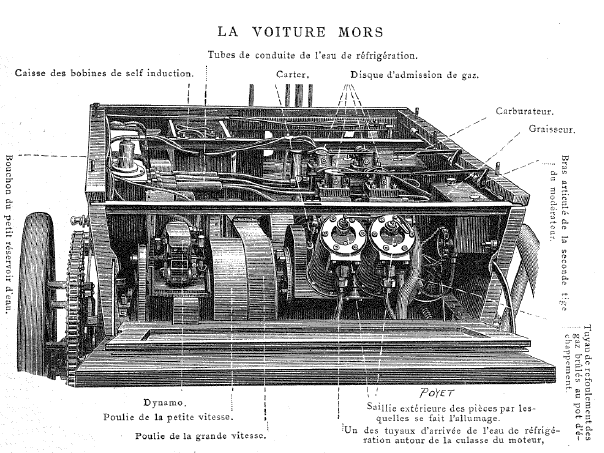 While one pair of pistons is compressing the gas mixture the other pair is performing its active stroke, so that the crank receives two thrusts at each revolution. By this arrangement, the motor is able to run very steadily, and there is said to be an almost entire absence of vibration when the transmission mechanism is thrown out of gear.

Above the crank is a distributing shaft geared down to half the speed by pinions, and this shaft carries cams for actuating the valves, which are enclosed in the upper part of the ribbed cylinders, and the electrical igniters. Each cylinder has an inlet valve by simple pressure ; the exhaust valve is operated by a rod, one end of which presses on a cam on the distributing shaft. As the piston makes its downward stroke a volume of air, which has been carbureted in a special apparatus, is drawn through the valve, and is compressed by the piston making its upward stroke, and then exploded by electricity. The piston is thus driven forward again, and at the moment of returning the cam on the distributor opens the exhaust valve and allows the piston to expel the burnt gases. The electricity is provided by a small dynamo driven by friction by the flywheel and generating enough current to explode the mixture and keep the accumulator permanently charged. The accumulator is only employed for starting the vehicle. The current from the dynamo passes through an extra-current bobbin, and is conveyed inside each cylinder where a breaking spark is produced by means of a couple of pallets and an insulated rod, the pallets being operated by cams on the distributing shaft. This spark is certain and instantaneous in its action, and all danger of erratic explosions is said to be avoided.

The carburetor is of a special type invented by M. Mors, and is intended to provide a perfectly regular supply of gas mixture for the engine, so as to prevent the dangers incidental to such appliances where the supply of mixture is liable to be in excess of the needs. The spirit flows by a pipe into a receptacle in which there is a float. When the spirit reaches a certain level, the float rises and shuts a valve, thus cutting off further supplies until the level of the spirit in the receptacle again drops, when the valve is of course opened. From this receptacle the spirit flows up through a pipe into an atomizer in the shape of an inverted cone, and a quantity of air equal to that represented by the downward stroke of the piston enters through a pipe and mixes with the spirit. The quantity of air admitted and the density of the fixture may be regulated with the greatest nicety by means of screws.

The crank of the motor is geared on to the countershaft by bevel pinions, one of which serves for the forward movement and the other for reversing. Leather belting transmits the power from the countershaft to the driving axle, and the speed is varied by moving the belting on to one or other of the pulleys.

The mechanism is thrown out of gear by a pedal, and another acts on the brake with such force as to stop it almost instantly. The carriage complete weighs only 570 kilos. and, running at from 300 to 1,600 revolutions a minute according to needs, the motor will, it is stated, give nearly 6 horse-power on the brake. The vehicle will attain speeds of 19 miles an hour on the level, and will climb gradients of 12 per cent. at 6 5 miles an hour. It is claimed that once the carriage started it will run for 10 hours without its being necessary to renew supplies of water or petroleum, or to pay any attention to the machinery. The oiling is done automatically in fact, the whole carriage has been designed to avoid the necessity of any attention being given to it once the engine is started. M. Mors is about to carry out extensions to his work so as to be able to build his new vehicles on a large scale, and he hopes in a month's time to be able to start delivering them, having already taken orders for 240 carriages. 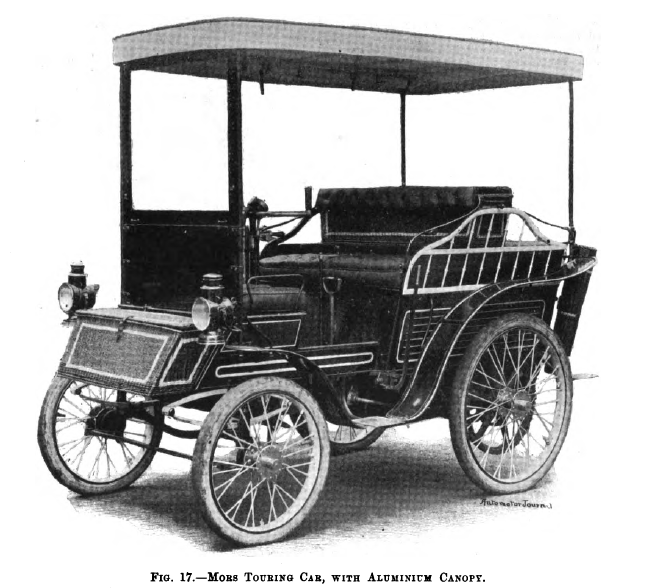 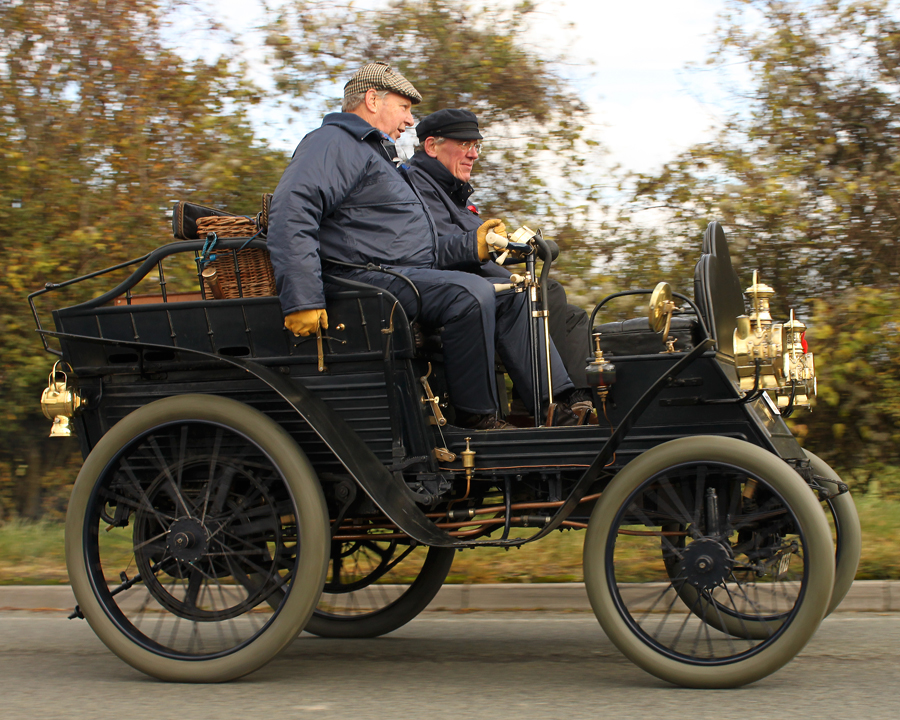