“The quadricycle is being used very largely throughout France, and is meeting with unqualified success in Paris, as it makes the machine quite rigid, and even steadier to steer with the extra weight than is the three-wheeler. I am sure this machine will meet with success in England next season.”

“Since the motor tricycles have been fitted with 1 ¾ nominal HP motors, the power has been found to be ample for carrying two persons on all ordinary roads at good speeds. It will be noticed that the two side tubes forming the longitudinal rear extension of the little two-wheeled fore carriage of this quadricycle are attached to the axle tube or bridge of the tricycle, and a front fixture is obtained by an attachment to the upwardly inclined tube of the tricycle frame near the head.” 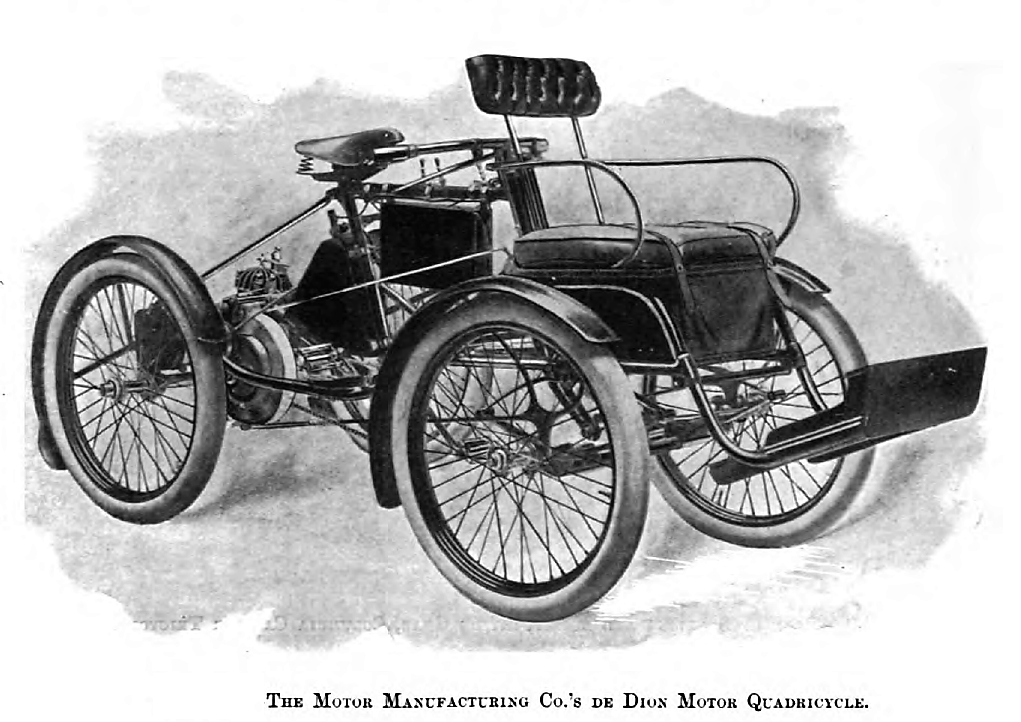