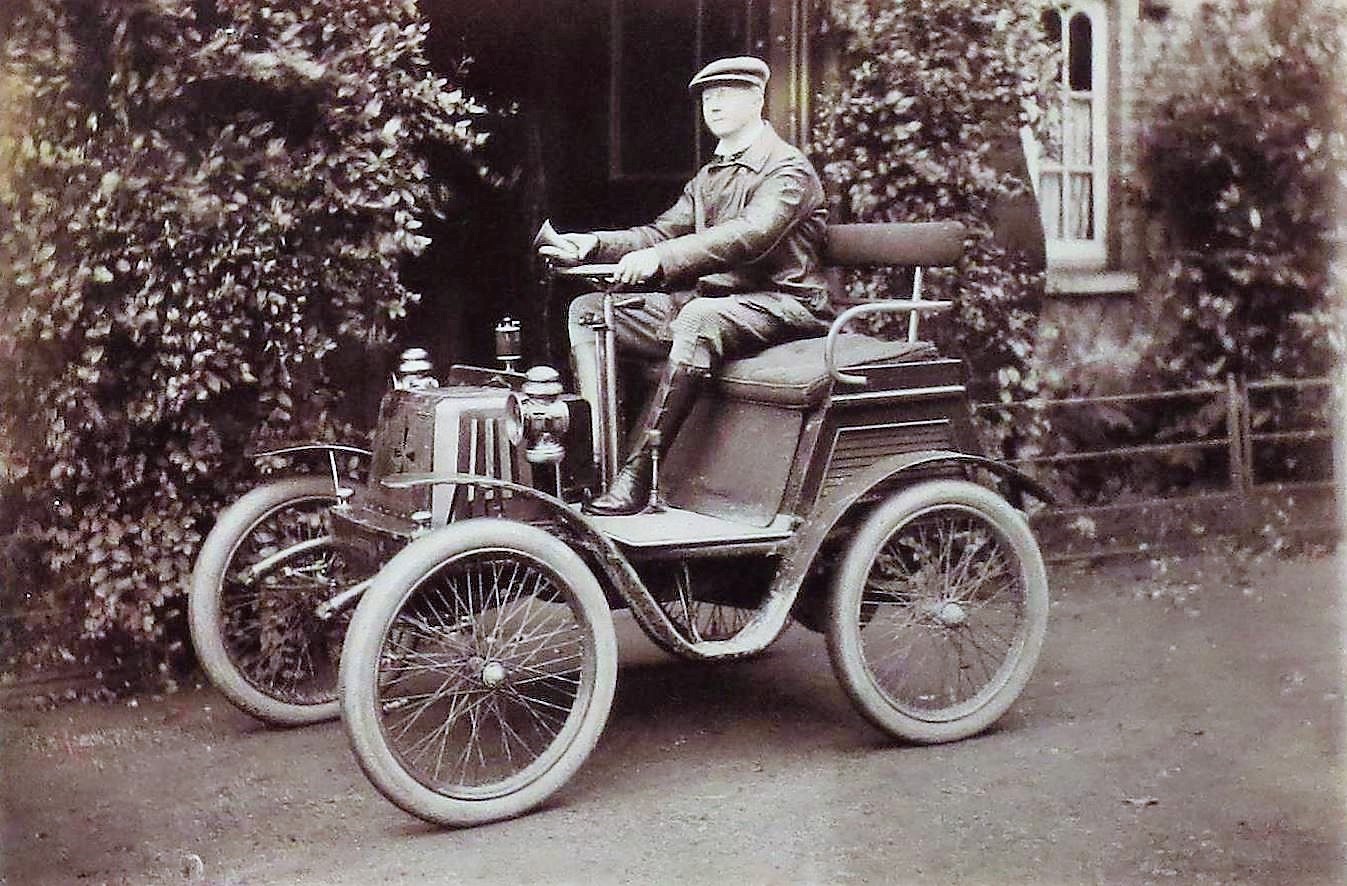 The new Darracq light car is getting a lot of attention at the moment. It has certain interesting features.

The track width and the large spacing between the axles significantly greater than that of the cars currently in use, attached to the arrangement below the chassis and all the heavy components, make it a very stable vehicle. 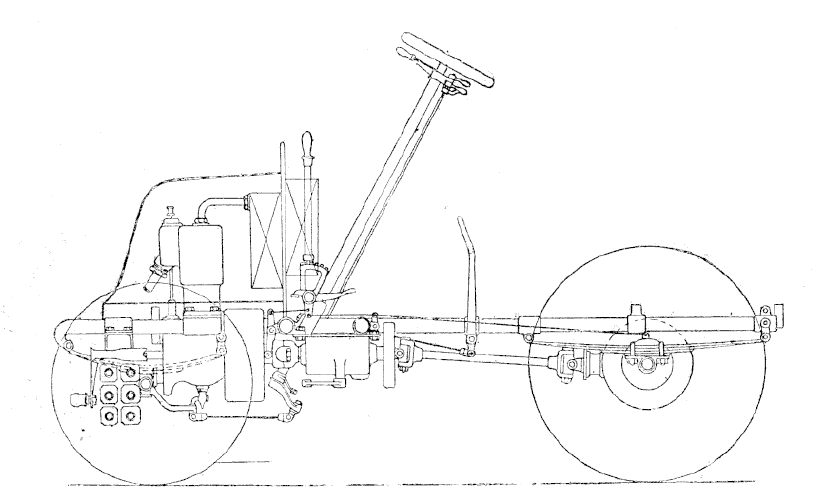 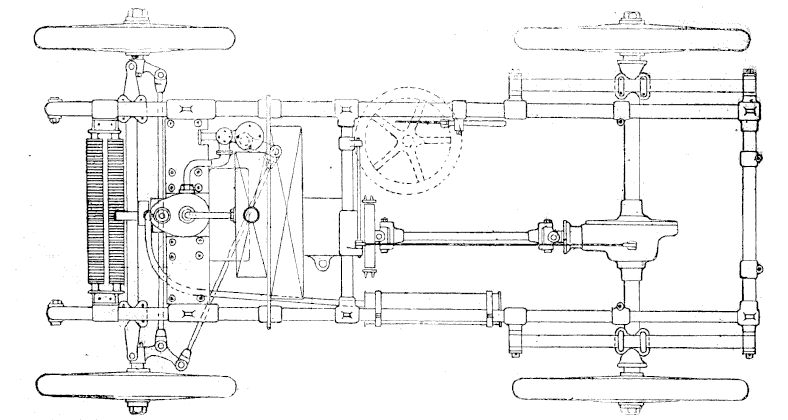 The vertical Perfecta engine, with a force of 6 1/2 horsepower, is electric ignition and water circulation. Its flywheel outside the engine, but inside the chassis, covers the friction clutch in the center of the frame, and takes its place between the engine itself and the gear change that it controls within range. The water circulation pump is an integral part of the engine, in the casing of which it is enclosed. 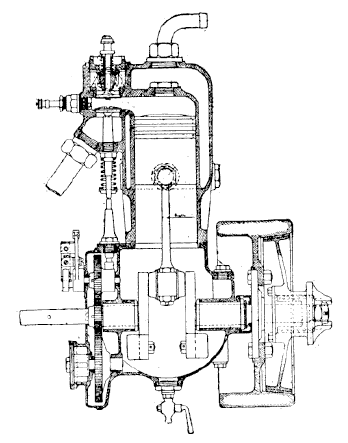 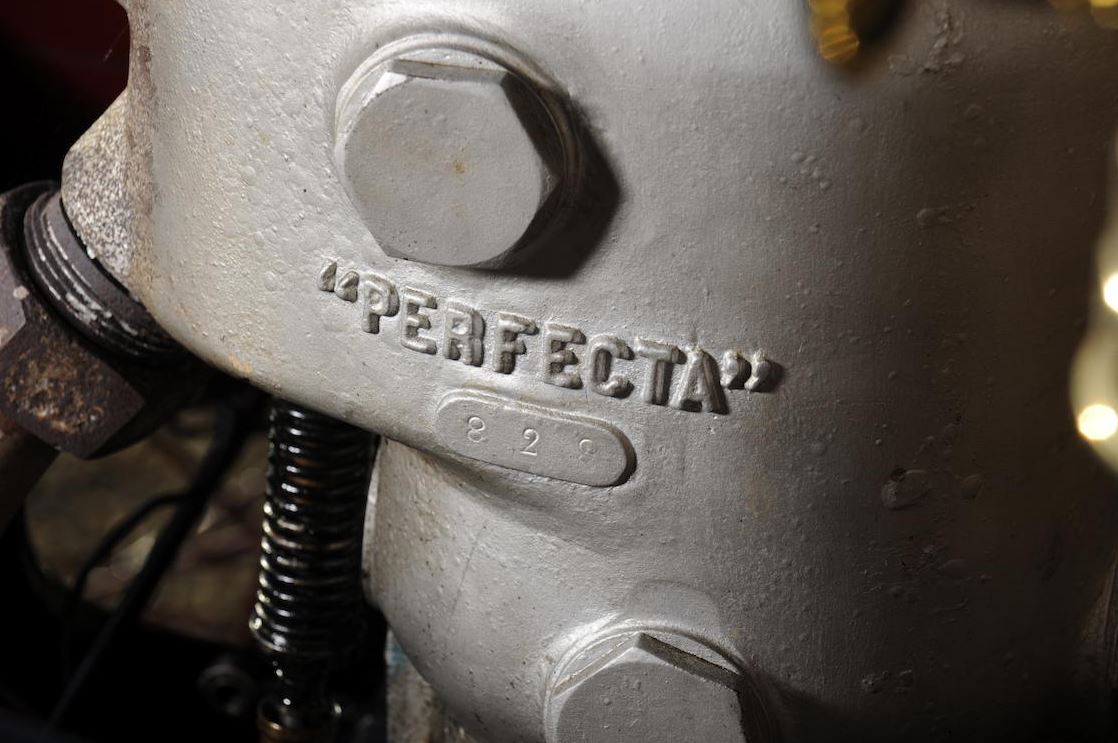 The carburetor attached to the engine is of the spray type. Its arrangement allows it to work equally well either with petroleum petrol or with carbureted alcohol. The group, consisting of the engine, pump, carburetor and ignition, forms a compact whole that can be detached from the chassis by simply removing four bolts.

In terms of strength and speed, this Perfecta engine is remarkably elastic; its speed can be varied from 100 to 2000 revolutions and, thanks to the variable admission of gases into the cylinder, make it go from 1/4 horsepower to 6 1/2 horsepower.

One of the most interesting features of this new light car is this adjustment in engine strength. It is obtained by means of a special device controlled by a lever placed under the driver's hand, a front device intended to limit the stroke of the suction valve. Thanks to him, it is easy to allow the latter to lift from 1/10 of a millimeter to 4 millimeters, and thus to graduate the force of the engine with an elasticity that nothing can match. On the other hand, fuel consumption is reduced to a minimum when stopped, downhill or when you want to walk slowly in level, without using all the power that the engine can develop.

The finned radiator is placed at the front of the chassis, close to the engine and the tank, to obtain the elimination of long piping generally doomed to a certain rupture by the tremors and deformations inherent in all automotive devices.

The water tank contains 12 liters, more than enough for an entire day. Like the engine, the radiator can detach from the chassis, without moving other parts than the four bolts that attach it alone. 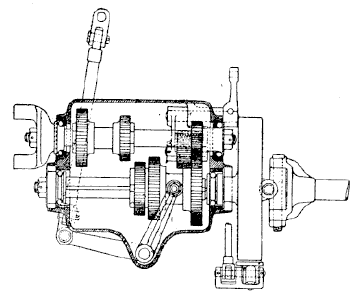 The gear change includes a new group of parts enclosed in a steel casing, sealed and filled with consistent grease. It is placed, as we indicated above, immediately following the friction clutch and, like the engine and the radiator, four easily detachable bolts hold it alone to the chassis from which it is therefore possible to isolate it by moments. This movement is made up of two shafts rotating on ball bearings. One of these shafts, connected to the clutch cone, carries three fixed gears, while the other connects to the differential is square and lets slide on it a train of three gears which successively engage the three mounted on the 'fixed shaft. 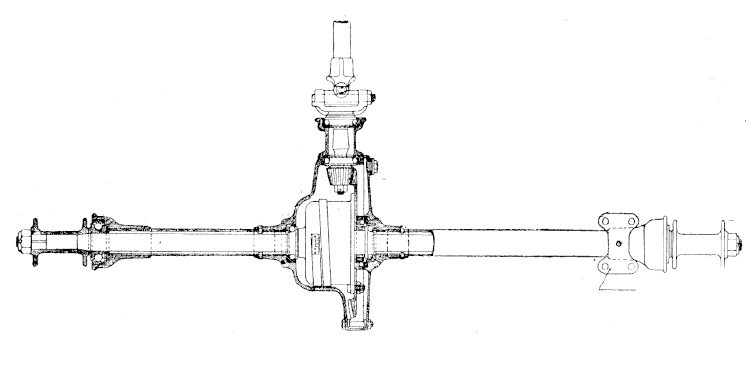 The movement is transmitted directly to the differential which the rear axle supports, by a shaft with special patented cardan joints, whose ingeniously simple device makes the wear of this organ invaluable. The rear axle is rotating, actuated by the large steel angle wheel of the differential and it drives the drive wheels of the car itself. It turns in a steel tube integrating with the same metal casing which contains the differential. The large angle wheel is controlled there by the shaft whose end carries a hardened steel pinion. The thrust on the large angle wheel, inevitable in these types of transmission, is here supported by a patented ball bearing which cancels all friction, all the bearings without exception are also ball. 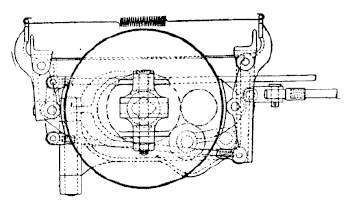 The fuel tank in front of the driver contains 15 liters, sufficient to cover a distance of at least 200 kilometers.

At the bottom of the steering tube, and well within reach of the driver's feet, there are two pedals: the one on the left disengages the engine, the one on the right activates a double metal shoe brake placed on the transmission of the drive pinion, it disengages beforehand engine. This excessively powerful central brake is entirely metallic, it is not lined with any plastic material liable to deteriorate and, as a result, it is strictly wear-free. Important point: it acts as vigorously forward as behind.