Let us see the picture of side elevation of car. The motor cylinders are seen behind the carburetor B (Daimler type vaporizer), and behind the exhaust silencer C. The petrol cylinder was placed at D, and a feed for the ignition tube lamps was placed at E. At F was a mixture regulator. In line with the crankshaft of the motor was a shaft carrying parts of the main clutch, which engaged with conical surfaces on the rear face of the flywheel K. This shaft carries the three shifting wheels L, gearing with the spur wheels above, by which either of three speeds could be used. The three wheels or pinions L were shifted by the lever N, pivoted at n, and on the lower end of which was a horizontal link, which connected it to the collar at p. In the position shown, the middle speed is in gear. At M is pedal, communicating with the lever l by means of the rod m. By depressing this pedal, the forked part of the lever l pushes the collar against which it bears, rearwards. By this means the main clutch at K is pulled out of contact and the shaft carrying it and the gear L is freed, so that when the speed is being changed by shifting the gear L, only the inertia of that shaft has, or need have, to be overcome by the gear teeth in making the change from one speed to another. The gearing L drives a second shaft, which runs in bearing, one of which is seen at O. From sprocket-chain pinion through the chain the wheel P on the rear axle is driven. (W. W. Beaumont, “Motor vehicles and motors” 1900)

The clutch was of the brush type with a plate upon the flywheel set with metallic “bristles” engaging with a serrated driven plate on the gear-shaft. This clutch worked smoothly but wore out rapidly. In 1893 Levassor invented and patented a new type of clutch.

The cars had no reverse until 1892 year. 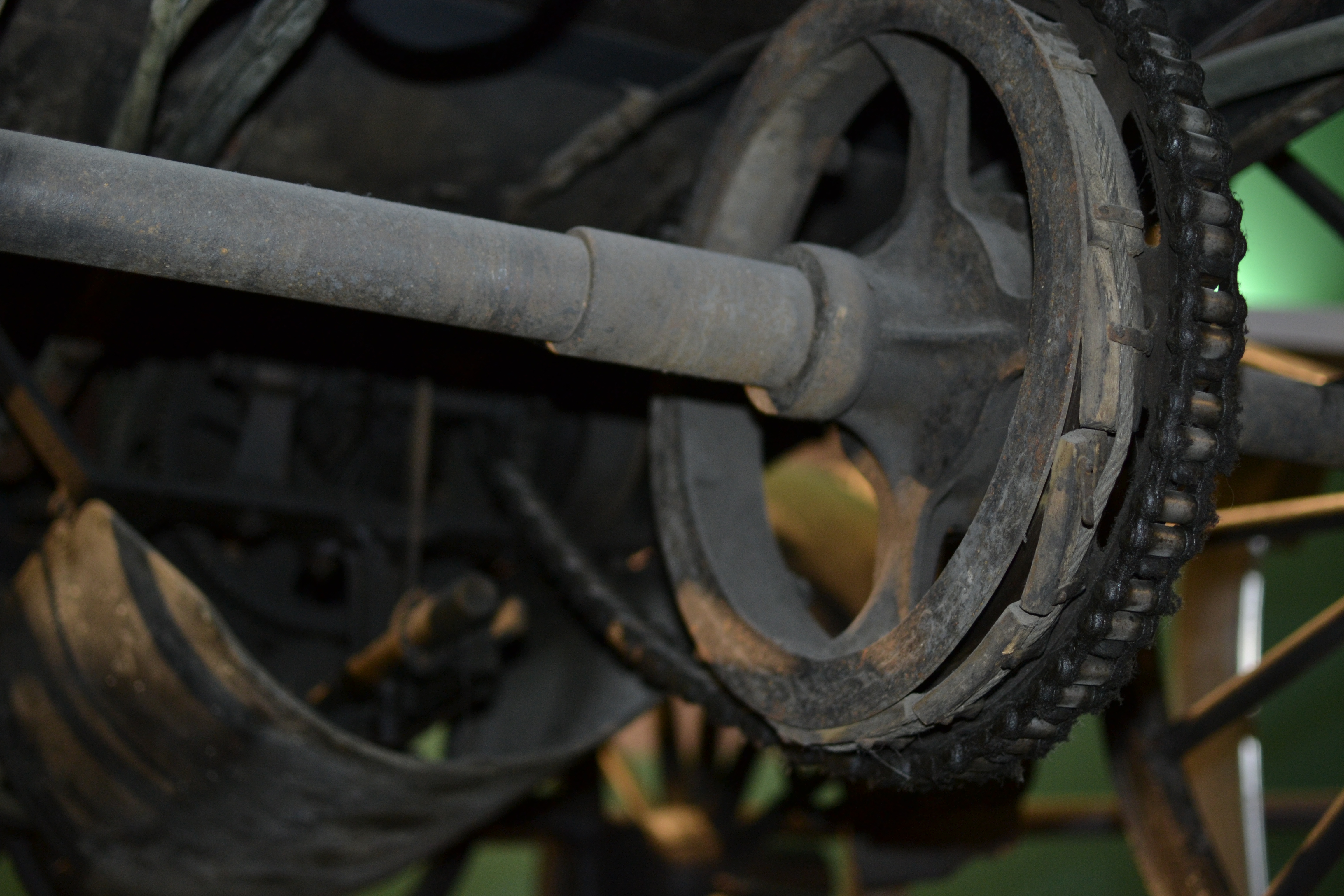 The steering is effected by means of front wheels running on short axles, as seen in the diagram. The system, it may be mentioned, is that of Ackerman referred to. F F are the steering wheels, with axles pivoted at E, and operated by rods from the steering lever at D. This form of steering gear removes some of the difficulties connected with a straight axle and fore carriage of the ordinary kind, and it, moreover, secures good control and steady movement.

To sum up, Emile Levassor made his “horseless carriage” a practical vehicle. This vehicle had the following characteristics:

It will be noticed that these characteristics, which are found in nearly all present-day vehicles, were used by Levassor for his first serial car.

Anthony Bird (The motor car 1765-1914) wrote, “It will be apparent this description that the early Panhard & Levassor contained nothing new. The frame was of wood (suitably stiffened with flitch-plates), in accordance with carriage practice, the Lenkensperger (Ackerman) steering had been patented in 1818, the gear-changing system had been used by Daimler and on the steam traction-engines (where, admittedly, the machine must stop before changing ratios) and the cone clutch had been used in lathes and similar machines for many years. The genius of Levassor lay in assembling these components in a form which comprised a motor-car, in embryo, as distinct from a horseless carriage.” 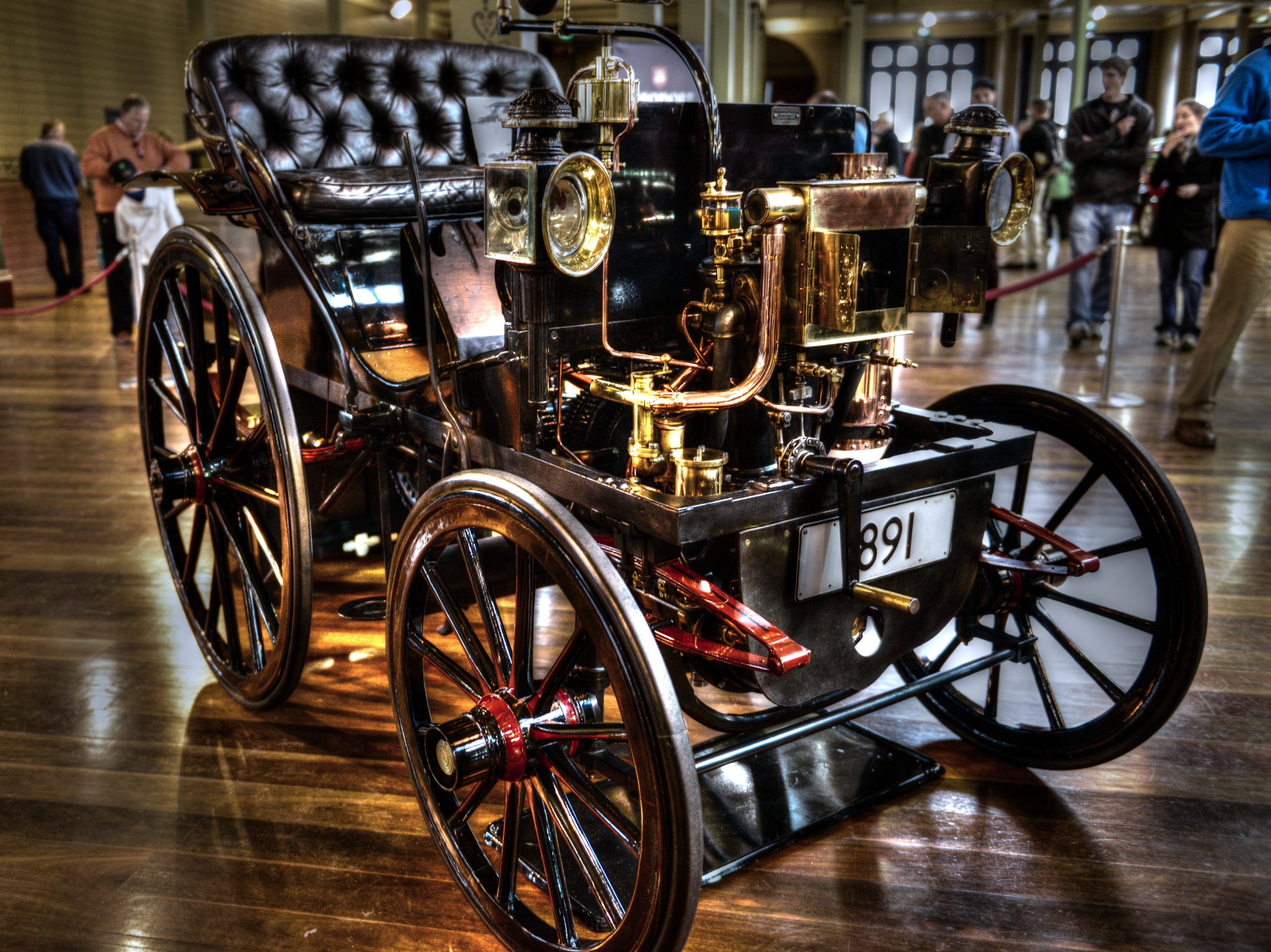