Henry Leland, who lived a long interesting life, made incredible ideals to the motor car industry. A religious man who started at Detroit Automobile Company. The Company, who had begun to build Ford automobiles for Henry Ford, was almost dissolved. When the investors asked how much they could sell all the machinery for, Leland talked them into buying the new bigger engine he had built for Oldsmobile. The Smith family, who owned Oldsmobile at the time, refused Leland and now the well designed and built engine was going to be used by the Detroit Automobile Company. But they had to change the name from Ford cars and picked the name of the founder of Detroit Automobile Company, whose last name is Cadillac. For the next decade and a half, Henry Leland built Cadillac motor cars to be the best on the market. Once others learned of Henry Leland's efforts to build all car parts like the gun industry of interchangeable parts, he became the true automobile expert on machinery, production and design. Most automobile specialist have the highest respect for all of Leland's accomplishments. (David Setterland)

Cadillac was formed from the remnants of the Henry Ford Company when Henry Ford departed along with several of his key partners and the company was dissolved. With the intent of liquidating the firm's assets, Ford's financial backers, William Murphy and Lemuel Bowen called in engineer Henry M. Leland of Leland and Faulconer Manufacturing Company to appraise the plant and equipment prior to selling them. Instead, Leland persuaded them to continue the automobile business using Leland's proven single-cylinder engine. Henry Ford's departure required a new name, and on August 22, 1902, the company reformed as the Cadillac Automobile Company. Leland & Faulconer Manufacturing and the Cadillac Automobile Company merged in 1905. 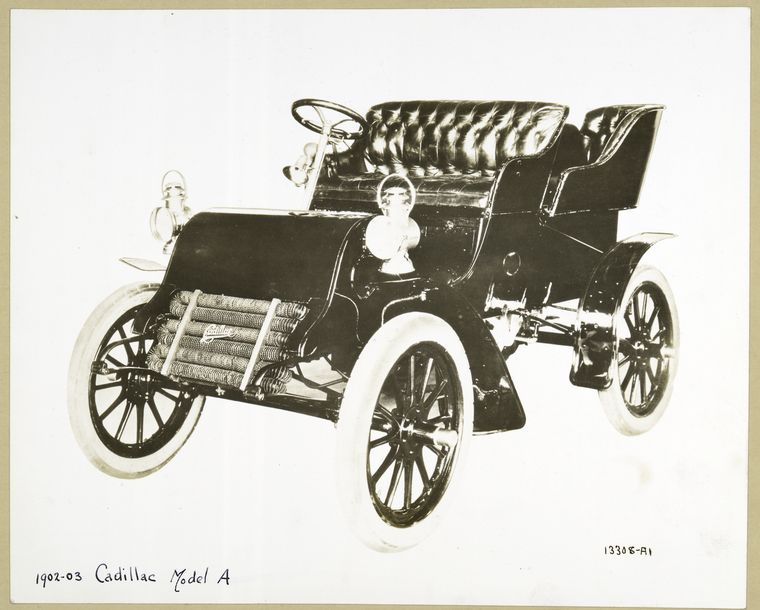