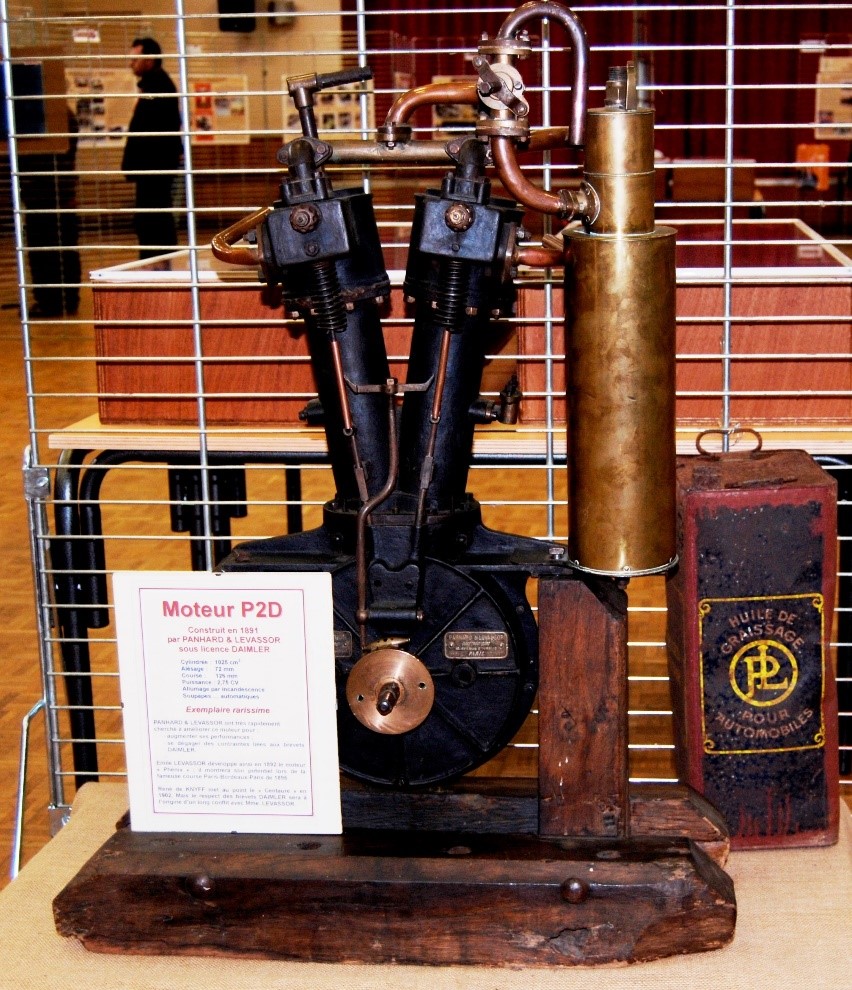 V-type Daimler engine was a modified construction of the single-cylinder engine of 1885 year – “Grandfather clock”. In this new engine, two working-cylinders are connected to and communicate with the same closed space containing the crankshaft, the rods of both pistons being connected to the same crank. They perform their strokes together, both acting as pumps for compressing a charge of air or of the gaseous mixture in the combustible charges into cylinders being so regulated that while forward stroke the other is performing its suction or charging forward stroke. Thus, the engine obtains double the power, but having only the additional weight of the second cylinder, piston, piston rod, and valve-gear.

The earlier V-twin Daimler engines had the supplementary air valves in the pistons as had been described above for the single-cylinder engine 1885 year. This piston valves were used in Daimler engines for only a few years, their function being afterward discharged much more satisfactorily by adjustable air inlet valves in connection with carbureting and mixing chambers.

The hot tube (incandescent tube) system comprised a small-bore platinum tubes (platinum being the only metal then available which would withstand constant exposure to great heat), closed at its outer end, screwed into the cylinder head and maintained at red-heat by a Bunsen-burner. On the compression stroke of the engine a small portion of the charge was forced into contact with the incandescent walls of the tubes and firing took place.

These burners are enclosed in metal box with small doors.

They are two cast iron cylinders in one piece. The cylinders were inclined at about 15°. To the right and left towards the middle, they carry connecting pieces for the installation of the lubricator bringing the oil, which constantly bring oil inside the cylinder and lubricate the pistons. 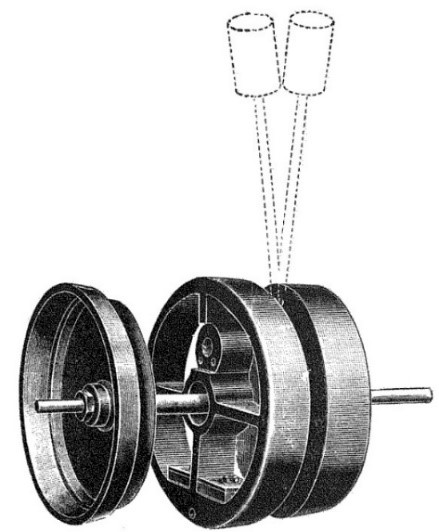 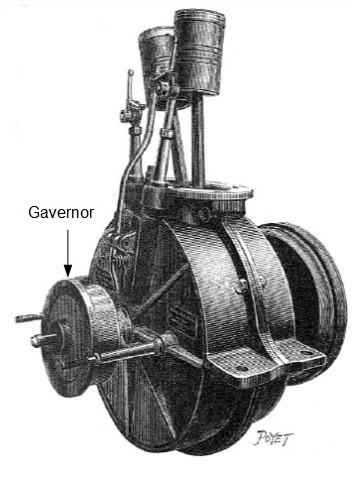 The cylinders are attached at their lower open end to crankcase. There are two cast iron crank plates are enclosed in this crankcase. They serve as flywheel and equipped with counterweights necessary to balance the engine running.

The piston rods are joined by a single pin. These attain the bottom of their stroke together when the pin is on the line bisecting the angle formed by the axes of the two cylinders. The outer end of this shaft carries the governor.

The Daimler V-twin engine does not have a camshaft. The valve control made by the special arrangement.

The intake valves open automatically during the period of suction in order to admit the carbureted vapor.

The exhaust valves are pushed open at the proper moment by tappets, which are worked by the sliding pieces, traveling in a groove cut in the face of flywheel disc. The consequence of the arrangement of these grooves is that the sliding pieces alternatively follow the two paths. The upper piece will, when the intersection next reaches it, pass into the inner groove, and that in the inner circle pass into the outer groove. At the desired moment, the rocker abuts against the stem of the valve, compresses the spring and opens the exhaust valve. Hence the exhaust valve gets a lift at alternative revolution only.

The speed of the engine is controlled direct by the centrifugal governor. It is arranged on the main shaft to move a sliding sleeve outward and actuate an upright lever. The upper arm of this lever, moving inward toward the cylinder, deflect the tappets P and Q, so as to make their miss the end of the valve rod, thus causing the valve to remain closed until the speed again falls to normal. 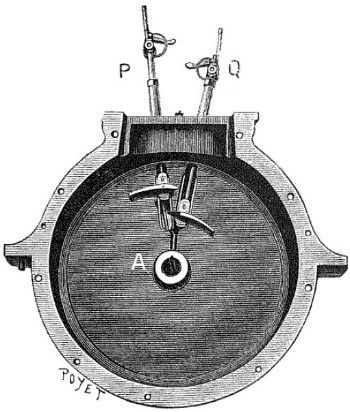 The sliding pieces and tappets